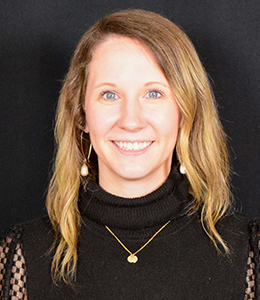 Newberry hired Casey Petrusic to serve as the Wolves’ Assistant Director of Compliance beginning on April 2, 2018.

Petrusic comes to Newberry with significant experience both as an administrator and a coach at the collegiate level. She has worked in a variety of roles at Caldwell University, a Division II institution in New Jersey, since 2015.

In that role, Petrusic was responsible for assisting in all aspects of NCAA compliance. She also worked closely with Academic Advising and the Registrar to meet with at-risk student-athletes and implement academic intervention strategies.

Prior to moving into administration, she served as head coach of the women’s lacrosse team for two years. She led the Cougars to a program record for wins in a season and the first two conference tournament berths in school history. She also oversaw Caldwell’s intramural program as the school’s Director of Recreation Sports.

Petrusic spent the 2014-15 academic year at Rochester Institute of Technology. She spent the fall semester as an intern, becoming heavily involved with game operations, budget planning and oversight, and compliance monitoring during the fall semester before moving into an assistant coaching and game management role in the spring.

Petrusic earned a Bachelor of Arts in Psychology with a minor in Biology from Duquesne University in 2013. She was a four-year starter for the Dukes’ women’s lacrosse team, scoring 32 career goals and earning Atlantic 10 Conference Rookie of the Year honors in 2010. She received a Master’s degree in Sport Administration from Canisius in 2014.