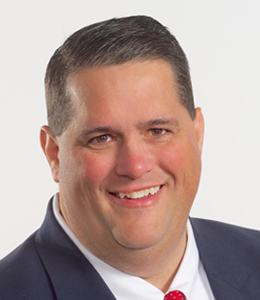 Christopher M. Harris joined Newberry College as Dean of Enrollment Management effective Wednesday, Aug. 1, 2018. He provides leadership and strategic planning for the recruitment and enrollment of both traditional undergraduate and online undergraduate degree-completion programs and financial aid. As a member of the College’s senior leadership team, Harris advises the president and others on recruitment strategies and tactics for current enrollment and future growth.

Harris came to Newberry from Ohio-based University of Findlay, where he served as Director of Admission (2014-2018) and helped that university achieve record-breaking enrollment and supported year-to-year retention gains. Previously, he served as Dean of Admission and Financial Aid (2010-2014) at Lake Erie College, where he provided strategic direction for the institution’s new student recruitment efforts, including undergraduate, graduate, transfer, dual enrollment and international student constituencies.

Prior to that, he served as Director of Financial Aid (2009-2010) at Hondros College of Nursing, where he developed and monitored financial aid processes across multiple departments. He served as Dean of Enrollment and Student Services (2003-2009) at MedCentral College of Nursing, where he led significant enrollment growth and increased student retention by 20 percent in four years. At Paul Smith’s College, where he served as Director of Admissions (2001-2003), he partnered with academic deans and program chairs to identify, develop and market new degree programs.

Harris completed his Bachelor of Science degree in Communication from West Liberty University. He earned his Master of Arts in Education degree from Heidelberg University and is completing his doctorate in Higher Education Leadership at Concordia University-Portland. He has a long-held tradition of volunteer and community service, most recently as a volunteer with the Miracle League of Hancock County Buddy for Baseball program, The Make It Fit Foundation and the Heart of Ohio Girls Softball Association.