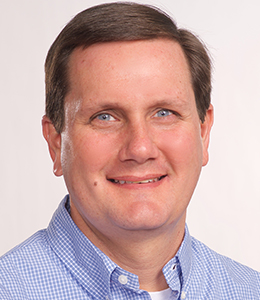 Department: Department of Sciences and Mathematics

Clark has been a member of the Newberry College faculty since 1995, when he arrived as an assistant professor of biology. He has served as chair of sciences and mathematics since 2017. During his tenure, Clark has developed courses in immunology and virology, alongside his instruction in general biology and microbiology.

Clark has received numerous campus awards, including the W.C. “Billy” Carter Professorship in the Liberal Arts and Sciences (2001-04); the Boyd Professorship for Teaching Excellence (2007 and 2010); the Student Government Association Professor of the Year (1997 and 2010); and the SCICU Excellence in Teaching award (2016).

He resides in Leesville with his wife, Sharah, and they have two adult children, Bailey and Jordyn.