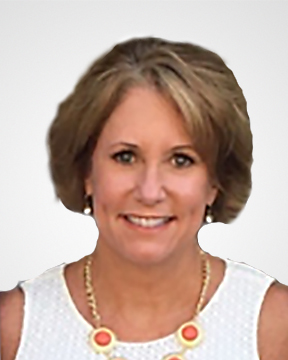 Jeanette McKenney Davis is a 1988 graduate of Newberry College. As a student at Newberry, she served as vice president of the Delta Mu chapter of Kappa Delta Sorority, treasurer of the Panhellenic Council, was a football cheerleader, a member of Cardinal Key, a member of the Student Admissions Committee and was the 1987 homecoming queen.

After graduation, Jeanette worked in her family’s business in Columbia as a bookkeeper until 2000, when she and her husband, Mike '87, opened their event rental business in Hilton Head, S.C. They owned and operated that business, adding a second location in Savannah, Ga., until 2007, when they they sold the business. They currently own and operate Village Self Storage, located in Bluffton, S.C.

Jeanette has served as a member of the Chapter Advisory Board for the Delta Mu chapter of Kappa Delta. She is a past president of the Lake Murray – Irmo Woman’s Club and served as a District President for the South Carolina General Federation of Woman’s Clubs. She was the fundraising chairman for the Hilton Head Elementary School’s PTA and has volunteered with Operation 200% reading program at the school. Jeanette founded the Low Country, SC Kappa Delta Alumnae Chapter in 2009 and currently serves on the Kappa Delta Sorority’s National Leadership Team as an Alumnae Chapter Specialist for North Carolina and South Carolina. She has served on several committees for the American Rental Association.

Jeanette and Mike are members of Hilton Head Island Community Church, where she is a member of the Guest Services team, the One Community committee, and is the Backpack Buddies coordinator. They have two grown children, Joey and Lauren, who live in Atlanta.