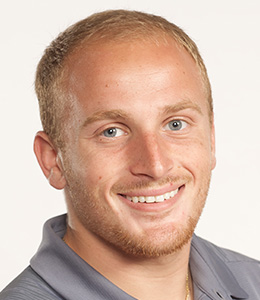 Handman, a former Lacrosse player at Lincoln Memorial, is set to bring new coaching experience to the program. His primary focus is defense and working specifically with goalkeepers although he is skilled in coaching both sides of the ball.

As former assistant coach at West Florida, Handman helped lead the team to an impressive 26-1 record. He specialized with the goalies and defense, helping his team win four championships. Handman went on to coach for Team 91 club team, which has allowed him to gain familiarity with players across the country who have interests in playing at the next level. This allowed for him to build a strong recruiting network in both Florida and North Carolina.

Handman was also assistant coach at Barton College. In which he was responsible for recruiting, player development, scouting, film breakdown and many other tools which he plans on bringing to the program. At Barton he helped lead the team to conference playoffs as a first year program.