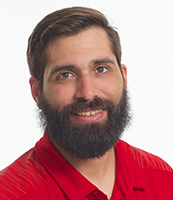 Fico Kondla came to Newberry prior to the 2019 season, in which he helped the Wolves win their first-ever regular season South Atlantic Conference championship. The Wolves went 41-16 (21-3 SAC), had winning streaks of 12 and 13 games, and spent eight weeks ranked inside the top 10 on their way to hosting an NCAA Regional.

Kondla came to Newberry from the Morehead City in the Coastal Plain League, where he served as Marlins' top assistant coach.

Prior to that, Kondla was the head baseball coach/athletic director for SLAM! North Charter School and an assistant baseball coach for Northside Christian Academy, the Florence Red Wolves, and the South Florida Rebels.

Kondla graduated from Coker College in 2014. As a member of the baseball team, he was all-conference and all-region during his time with the team, as well as a two-time team captain.