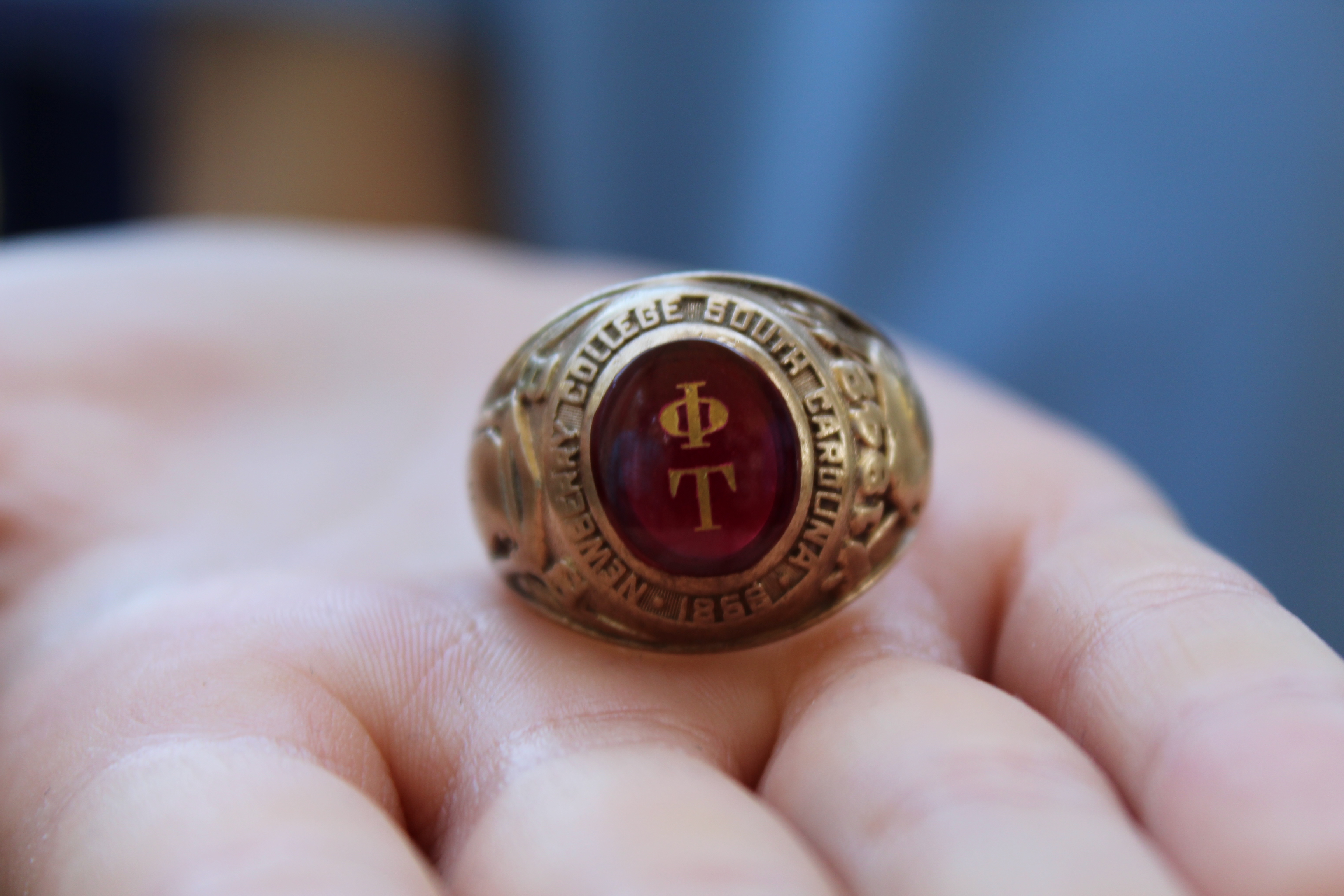 Long-lost treasures aren’t always found in ancient vaults or beneath ‘Xs’ on parchment. Sometimes, they can be found just inches beneath our feet.

That’s what happened to Charlie Robinette, a metal detector hobbyist from Lexington, in late December 2021. Robinette and two friends returned to a former ballpark, just off U.S. Highway 1 in Monetta, South Carolina, where they had previously found jewelry, coins and a few antique buttons. The site was promising for another big find. However, after a couple uneventful hours, the team decided to call it a day.

Robinette kept his metal detector on as he strode back to his vehicle. A chirp beside the walking path. A strong signal. He dug on the spot. Six inches of dirt to remove as the detector toned away. Finally, in a clump of soil, a glint of gold.

He drew his toothbrush and spray bottle and gently removed the dirt from the day’s prize, a class ring. He made out the degree, “B.S.” and the year, 1942. More brushing revealed it came from Newberry College, about 30 miles up the road, and inside the band was just a name, “Buddy.” Robinette set out immediately to find the owner.

“Having lost my high school ring within a month of receiving it, hindsight knew how hard my mother worked so I could have it, and how much it would mean to me to have someone return it,” he said. “So the search began.”

From the College’s website Robinette got the name of Dr. J. Tracy Power, associate professor of history and college archivist. 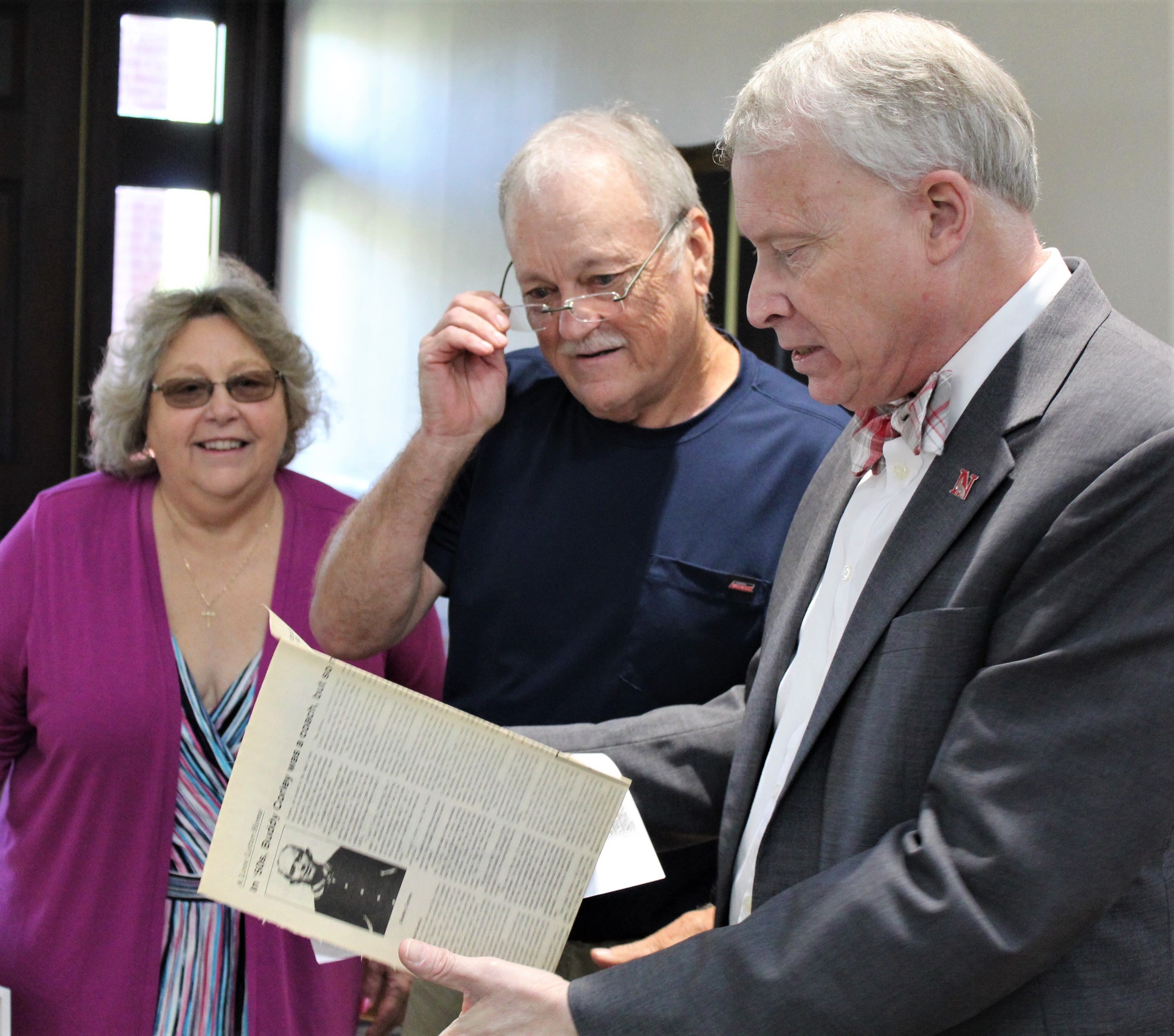 “In my role as college archivist and historian, I get several research queries a year about our history, often about the people associated with, and more than 10,000 graduates of, Newberry College over the last 165 years,” said Power. “When Mr. Robinette emailed me asking for help identifying the owner of a Newberry class ring, I was impressed by his generosity and his determination to locate the owner or his descendants and return the ring to him or them.”

Power took to the archives, scouring yearbooks and graduate lists. Alas, no “Buddy” among first or last names. At right, Robinette (center) and Power (right) examine a newspaper clipping as Robinette's wife, Shelley (left) looks on.

Robinette cleaned the ring a bit more and magnified the inside band. He barely made out a script “E,” badly worn, but there. “Buddy” was a middle name. Bingo. Returning to the records with a new lead, Power soon determined that the ring belonged to Edwin Buddy Corley ’42.

As a student in the late 1930s and early 40s, Corley excelled in baseball and football. He was even catcher and captain of the 1942 state championship baseball team, his final season. He was so at home on the diamond that he signed a contract with the New York Yankees after graduation. His professional baseball career was short-lived, however. He soon joined the U.S. Army and served in the European Theatre of World War II. 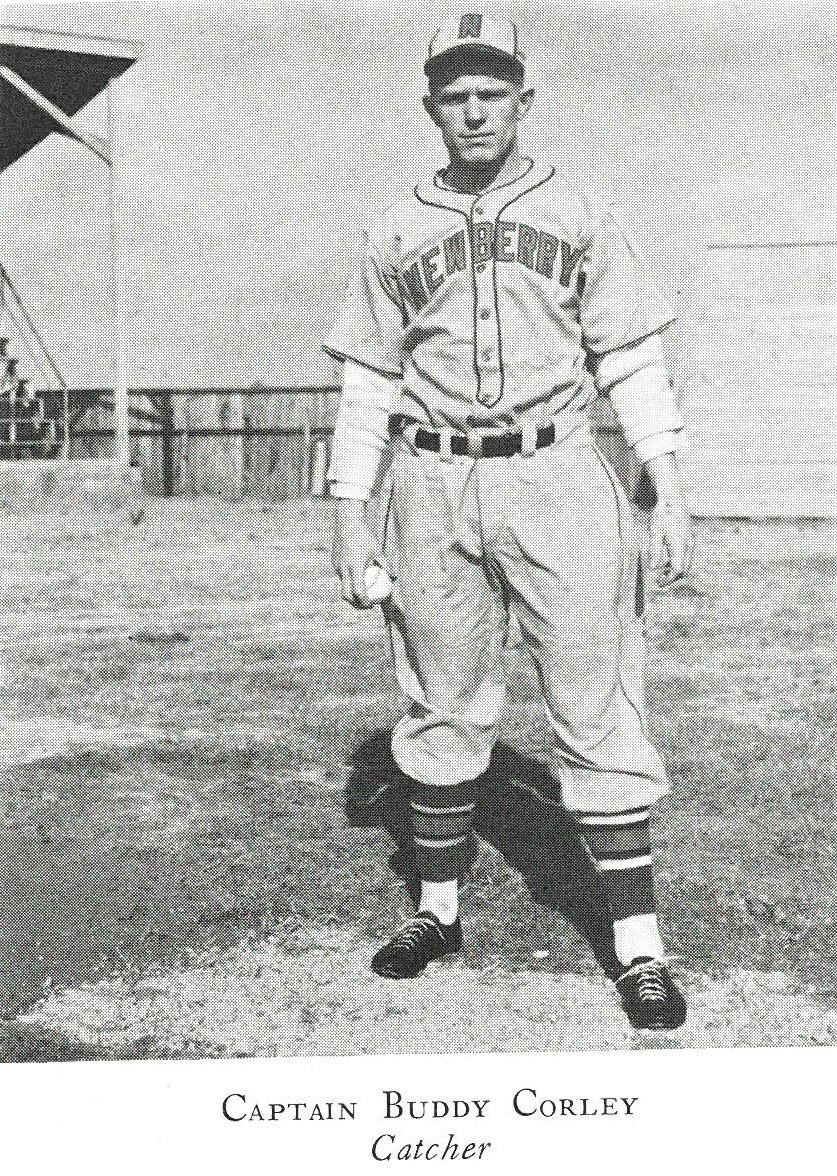 After the war, Corley began a 32-year career in education, in which he was a teacher, principal, superintendent, and coach in baseball, basketball and football. He was inducted into the Newberry College Athletic Hall of Fame in 1989. Corley died in 2006 at the age of 86.

Though the original owner had passed away, Robinette was determined to return the ring to Corley’s family. He kept digging until he found Corley’s son, Edwin Corley '70 – who also happens to be a Newberry College graduate. It turned out that Corley lived not that far away, so Robinette paid him a visit.

“I know I’m getting personal, but bear with me,” he said as he stood on Corley’s doorstep in Lexington. “This could be a win-win.”

After a bout of apprehension that accompanies strangers, Corley revealed that his father lost his Newberry ring at a baseball game in Monetta in the 1950s, at the same park Robinette visited. And that was before Robinette shared his gilded discovery. The journey paid off.

“The ring was located a little bit away from where home plate used to be,” Robinette said.

After that game, Buddy Corley thought he would never see his college ring again, had another made, and wore it proudly for the rest of his life. 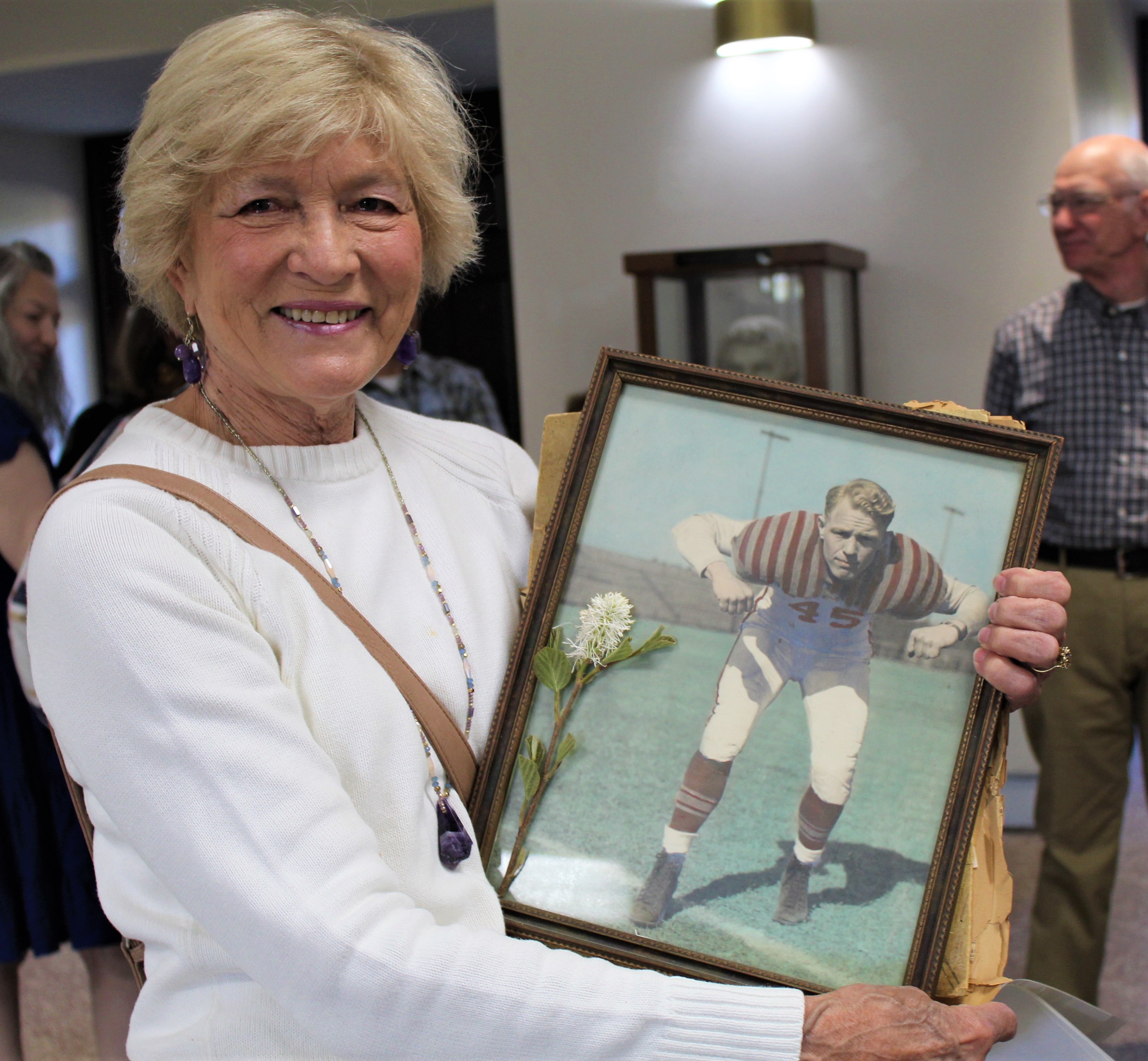 This spring, Robinette, his wife, Shelley, and three generations of Buddy’s descendants met at his and Edwin’s alma mater. At Holland Hall, the families shared stories about Buddy, about archaeology, and about the treasures that bring people together. The Corleys offered photos and 80-year-old game programs from Buddy’s time at Newberry. Robinette brought the ring, and all watched as the family’s youngest tried it on for size. Buddy's daughter, Sandra Corley Bandy (right) shows a photo of her father in his football uniform.

The Corleys expressed collectively their amazement at how something lost for so long could be found, and their gratitude to Robinette for taking the time to find its rightful owner.

The visit was capped with a final exchange from finders to keepers. After nearly 70 years, inches from the plate, Buddy’s ring finally made it safely home.