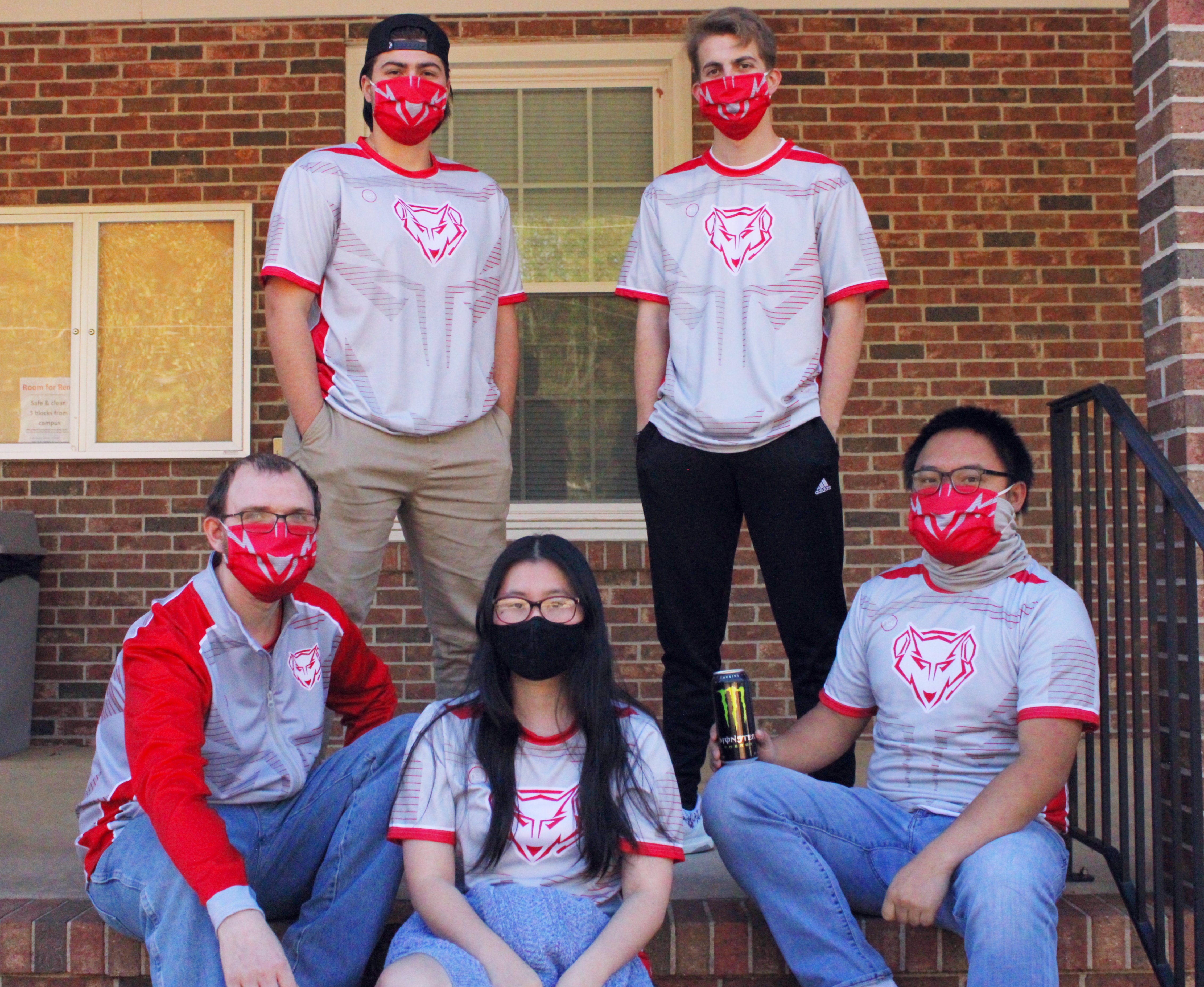 NEWBERRY — Athletic staff at Laurens District 55 High School once called Lamonzeia Mosley a “multi-dimensional character,” distinguished by his fierceness on the field and his close relationship with teammates. Four years later, the former Raiders defensive end and Newberry College senior has taken his love for football to a new dimension.

In April 2020, the Newberry College esports program announced it was expanding its gaming title offerings to include “Madden,” a long-running football video game series first released in 1989. When he heard the game would be available for intercollegiate play in the fall, Mosley jumped at the opportunity.

“I told Coach Knock I really wanted to be on the team, and he told me that this was going to be the inaugural ‘Madden’ season. So, you know me, I was excited and ready to play,” said Mosley. “And when I played the first game, I blew everybody out.”

Mosley went on to secure the New England Collegiate Conference’s first-ever championship crown in esports, having defeated Carroll University on Xbox One under the gamertag “Mozart.”

“It’s a really fun experience just being able to play and bring a championship to Newberry,” he said.

Mosley is part of a growing esports program, established at Newberry College in 2019, which includes 26 players across four competitive gaming titles. “Madden” wasn’t the only Wolves team that covered ground in the fall.

The No. 1 seed “League of Legends” team went undefeated in the regular season and made the playoffs, where it came in second only to Howard Community College in Maryland. The “Overwatch” team wrapped up its 7-4 season with a fourth-place division finish, ranking 29th out of 85 teams in the first-ever National Association of Collegiate Esports Overwatch Fall Cup.

“I would say the biggest part of the ‘League’ team's success, and this could be extended to about any team, is that now that the program has been around for a year, we have had more chances to grow as a team,” said senior Jordan Peebles, of Camden. “We all went from just playing for fun, or with people we never knew and will never know, to now playing consistently as a group. It gives the game an entirely new feel that took time to get used to.”

The popular battle royale “Fortnite,” which also joined the program’s title offerings in 2020, will begin intercollegiate play this spring. “It’s gonna be a ride. I’m excited for it. It’s going to be a lot of fun being Newberry’s first Fortnite team to go out and play,” said junior Will Eubanks, of Chapin.

Amid the COVID-19 pandemic, esports does not face the same logistical challenges as traditional sports do, since practices and competitions are virtual anyway. However, operations have been notably different for the Wolves this year for a different reason.

Coordinator and head coach Terrence Knock, an Air Force captain with eight years of active-duty service, was deployed in September, just over a month into the fall season. Despite a world between them, Knock and his players have stayed connected through the same technology that brought them together in the first place.

“It’s definitely different,” Eubanks said of the past season during Knock’s deployment. “He’s normally with us in the arena, and it’s just a different vibe without him being in there. But I will say, whenever we’ve been playing online and we’re streaming, he always pops in and says some kind words. When he’s not there in person, we know he’s still there because he’s watching us, saying, ‘great job.’”

“It’s been weird, because I had just got here, and I really like Coach Knock,” said Mosley. “But he always communicated with us every day, making sure we were on top of our game, making sure we understood what was going on. Coach Knock really did a great job, being a great coach, not even close to us on the map.”

Knock came to Newberry in 2019 from the U.S. Air Force Academy, where he cofounded the first esports program of any military service academy. There, he coached the same number of players across three gaming titles. In his short time with the Wolves, he has helped form his pack into a force to be reckoned with.

“The teams performed at a level above and beyond expectations,” Knock said. “I expected them to compete and fulfill academic requirements, but they operated as truly seasoned veterans. They came together quickly and were able to show growth in a less-than-ideal environment.

“Being a coach while deployed is far from a desirable situation. But this did not deter the students from taking ownership of their respective teams and being the responsible teammates I knew they could be,” he added.

Before Knock returns in June, the Wolves face a spring season in which they hope to capitalize on their momentum.

“’Overwatch’ will be competing in the NECC’s spring tournament, ‘League of Legends’ will participate in Riot Games’ annual collegiate tournament, while ‘Madden’ and ‘Fortnite’ will look to take the competition by storm in NACE’s spring matches,” said Knock. “I know these students will continue to represent themselves and Wolf Nation at a high level.”

Before the beginning of his second season in the program and his next-to-last as a Newberry College student, Mosley notes the lasting impression the program has already made.

“I just want to thank Coach Knock for giving me the opportunity to play, to represent the school. And I appreciate Newberry College for propelling us on and making esports as important as it should be. A lot of people don’t really understand how big a medium esports really is,” he said.