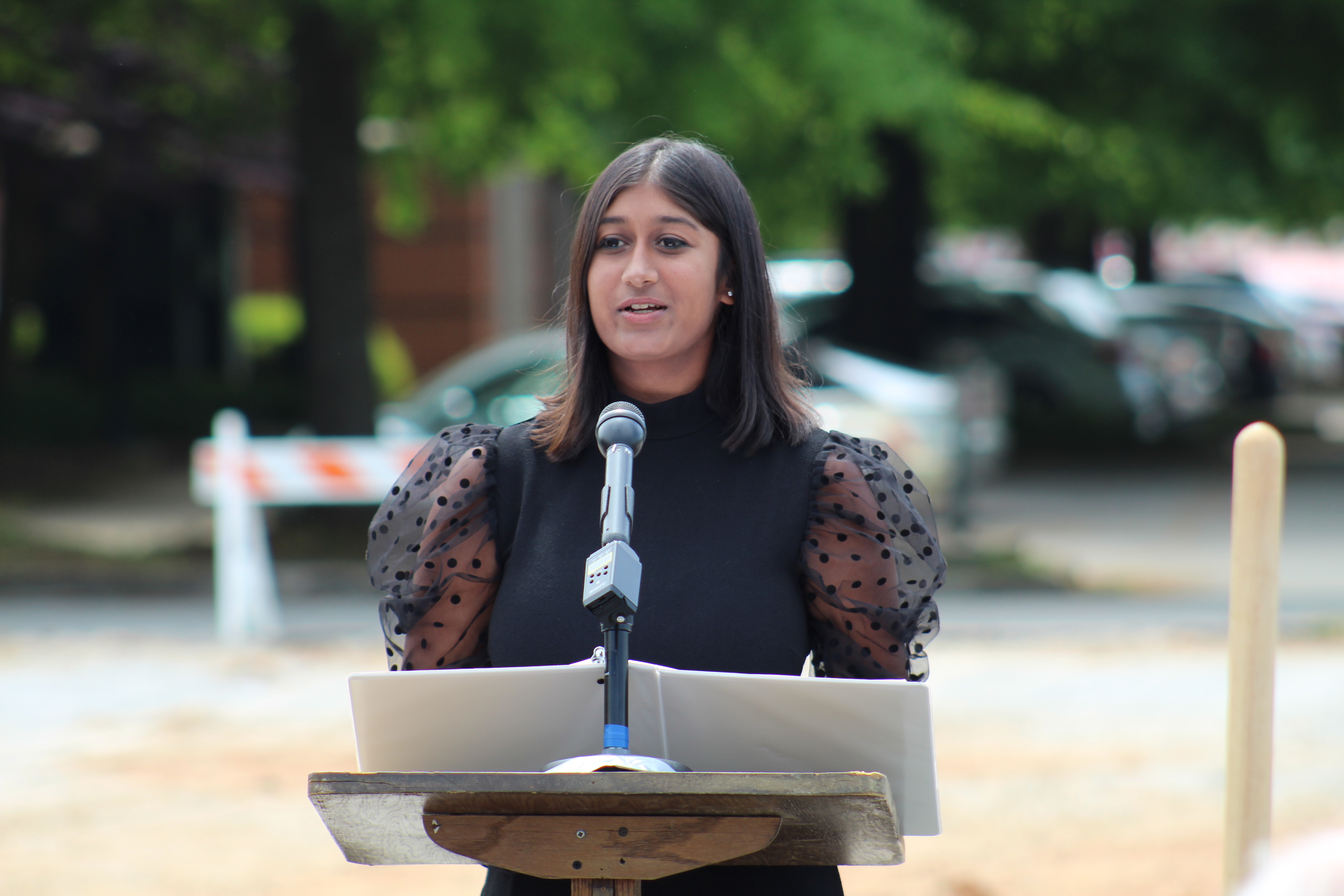 When you can travel across the globe and never meet a stranger, it says a lot about you.

Ishita Singh, or Ish, as she is known to many on campus, was inaugurated April 8 as Newberry College’s student body president, one of nine Student Government Association leaders elected earlier last month. The sophomore from New Delhi, the capital of India, has already made history as one of the youngest student presidents in Newberry College history, and as one of the first international students to hold the office.

She has enjoyed a rapid rise from her election as freshman class president — just weeks and thousands of miles separated from home, and smack dab in the middle of a pandemic — a mere three semesters ago. From there, Singh became student body secretary before leading a two-way race for the top post. A business administration major and Summerland Honors student, she attributes her success to her drive to lead by serving.

“In my high school, I was always in the student council. I was like the V.P. We call it vice head girl, and it’s basically like vice president of the student council,” she said. “As soon as I came to college, I knew that I wanted to be in SGA and serve students. It’s an honor.”

Now that she is the face of Newberry’s student body, Singh said she hopes to bring student government to the forefront of campus life. One obstacle she and other student leaders have faced is decreased awareness about the opportunities that are available. In the last election, no candidates filed for the junior class offices, so those will be on the ballot again in the fall.

“I want to leave an impact, so that students will want to be in SGA and we’ll have numerous students running for each position. The more competitive, the better,” she said.

Singh said that student government is about more than popularity and résumé-filling. In fact, SGA has improved campus life substantively over the course of its history. Student government has worked with local businesses to offer more discounts for students, faculty and staff; made residence hall self-service laundry free of charge; helped establish the campus radio station, WNIR-LP; advocated successfully for more available parking; improved on-campus dining, and much more.

The association’s officers also hold office hours in Derrick Hall throughout the week. During these times, student leaders are available to meet with their constituents and have devoted time for the business of government.

Singh has big plans heading into her administration. Her priorities include bolstering school spirit, fostering more intercultural events, holding “Voice of the People” forums for students to express concerns, and of course, ensuring the best eats on campus.

Though the current academic year is in its final days, Singh and her administration are ready to hit the ground running.

“I’m pretty sure the other students who were elected, they’re all very keen to serve the student body,” she said. “A few of them have already reached out to me with ideas, what they want to see happening. The set of student leaders we’re going to have next year, they really want to make change, and I’m really excited for it.”

And while juggling student government, academics and Wolves tennis, Singh is preparing to attend law school after graduation.

“Whatever I achieve in the future, I’ll always be thankful to Newberry College,” she said. “Being an international student, coming here knowing no one, just a group of friends who are my teammates. I’ve made a lot of connections. I bonded with a lot of people as freshman class president. I’m interning with President Scherrens. My life has definitely gotten so much better. I feel more confident. And I know I can achieve great things and make Newberry very proud.”