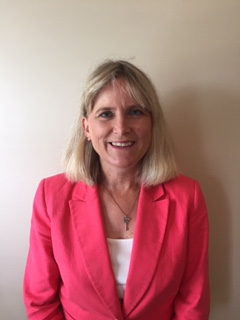 Newberry College has named Dr. Susan Ludwick to serve as chair of the Department of Nursing effective Jan. 3, 2019. Ludwick replaces Dr. Betsy McDowell, who retired this month after 10 years with the College.

“We are very pleased to have someone with Dr. Ludwick’s skills and experience to lead our Nursing program,” said Dr. Sid Parrish, interim vice president for Academic Affairs. “She takes charge at a pivotal period of growth and development for the program.”

Although relatively new for the College (the first class started in 2009), the program has proven to be enormously popular and has operated at maximum capacity for several years.

In 2016, Newberry College expanded its pre-licensure Nursing program to increase by one third the number of candidates admitted to the major. The program expanded from 24 students to 32 students admitted per year and began offering program starts in both fall and spring semesters.

Building on the success of its Pre-Licensure Nursing program, the RN-to-BSN Completion program was among the first adult degree-completion programs the College offered when it launched Newberry Online in 2017.

The program also is a primary focus of the College’s fundraising efforts, with construction of a new Nursing facility being a top priority of Scaling the Summit capital campaign.

Susan Ludwick comes to Newberry College from Charleston Southern University where she was assistant professor of Nursing. Her teaching responsibilities focused on pediatrics and pharmacology and coordinating student clinicals in these areas.

Ludwick served as an instructor in the USC-Upstate School of Nursing in Spartanburg for eight years, where she taught obstetrics, women’s health and pediatric nursing in both lecture and clinical settings.

While teaching at Baker University School of Nursing in Topeka, Kan., Ludwick led a student-run clinic in a local homeless shelter and organized all community health agency clinical experiences for upper division students.

Earlier in her career, Ludwick held staff nurse positions at Liberty Hospital in Liberty, Mo., and Ivinson Memorial Hospital in Laramie, Wy. She also served as a health care consultant on the staff of U.S. Representative Sue Myrick in Charlotte, N.C., and Washington, D.C. (1994-95), where she was responsible for crafting health care legislation and served as executive assistant to the Congresswoman.

“I am delighted to be joining the Newberry College family to lead the Nursing program,” Ludwick said. “As a small, close-knit campus community, Newberry faculty are able to give personal attention to each student – something that is incredibly important for students going into a field that is highly focused on providing individualized care.”

Ludwick is a regular presenter at regional nursing conferences and is active in a variety of professional organizations, including Postpartum Support International, South Carolina Nurse’s Association and Nurse’s Christian Fellowship. Ludwick applies her nursing skills as a volunteer in a variety of community health settings focused on supporting children and families and addressing issues of homelessness.

Betsy McDowell, Ph.D., RN, CNE, ANEF, retired as chair of the Department of Nursing at the conclusion of the fall semester in Decemer2018. McDowell came to Newberry in 2008 to establish and lead a Nursing program for the College. Under her leadership, Nursing has grown into the successful and well-respected program it is today, and recently achieved the highest NCLEX-RN first-time pass rate, at 100 percent, in the program’s short history.