Newberry College Celebrates the Class of 2021 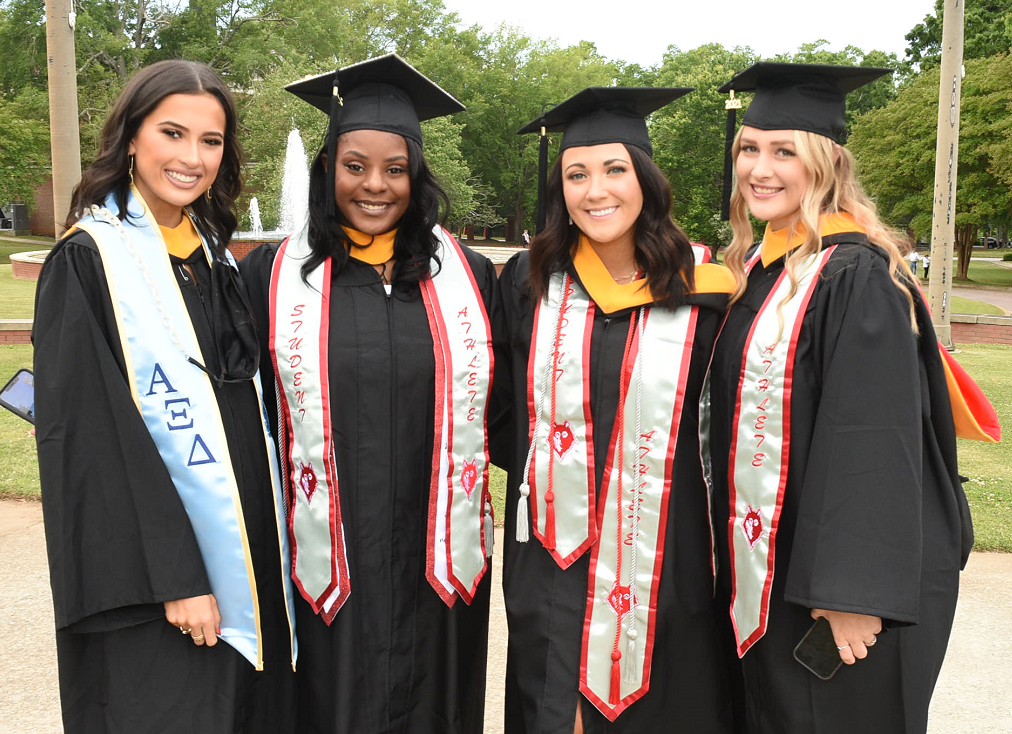 The college has maintained a tradition of selecting graduating seniors to address their classes at commencement. This year, the honors went to Aubrey Guyton, psychology and religion major from Cordova, Tennessee; and Jonathan Elicier, biology major from Apopka, Florida.

“Before college, I was always known as being someone’s sister, cousin, or daughter. People did not know me for who I was. In fact, I was one of those people,” said Guyton. “Today, I can tell you who I am. I am Aubrey Guyton. I am almost a Newberry College alum. I believe in the importance of mental health and that is why I am pursuing a degree in clinical mental health counseling.”

“Growth is the one word that I believe will illustrate our memories at Newberry College thoroughly,” said Elicier. “Within society, we tend to celebrate the specific accomplishment that we hope to reach, but forget the growth that we as individuals went through to achieve that thing we wanted so dearly.”

Senior Class President Ari Edmiston, business administration and digital marketing major from Cayce, presented the class gift, a total of $1,314. Seniors personally gifted the funds to campus organizations and scholarships that were important to them.

Nellsmith, who joined the college faculty in 1989, is an acclaimed artist with paintings in collections across the United States and Europe. During his time at Newberry, he served as department chair, on faculty council, and as chair of the Fine Arts and Lectures series, among others.

Witt officially retired at the end of the 2019-20 academic year after 21 years of service, the last six of which as chair of the Department of Social and Behavioral Sciences. She has been a tireless advocate for equity and inclusivity, and an excellent mentor to her faculty, students and community.

Kannaday, an ordained pastor in the Evangelical Lutheran Church in America, joined the faculty in 1999 after a decade in parish ministry. He helped create the college’s Summerland Honors Program and the Muller Center for Ethics, Vocation and Civic Engagement. He served as Dean of the College from 2008-11. More recently, he was the 2017 Professor of the Year and a 2019 recipient of the Dr. L. Grady Cooper Award.

In addition to his emeritus status, Kannaday was presented with the Luceo Mea Luce Award. The honor, Latin for “by my light I enlighten,” was created in 2004 by the faculty to recognize individuals whose lives of devotion, learning and service exemplify the motto, associated with Newberry College founder, the Rev. John Bachman. Kannaday is the 10th individual to receive the award.

The graduating class annually presents the Dr. L. Grady Cooper Award to faculty, staff or students who exemplify the loyalty and devotion to Newberry College that Cooper demonstrated during his long tenure as a professor of religion and Greek. This year, the honor went to Dr. Naomi Simmons, assistant professor of sociology, and Jonathan Elicier.

The Algernon Sydney Sullivan and Mary Mildred Sullivan Awards were established to honor one man and one woman of the graduating class who exemplify outstanding character and service to others, traits valued by Mr. and Mrs. Sullivan. The awards were bestowed respectively upon Pedro Campos, psychology and English major from Belo Horizonte, Brazil; and D’Zhanya Richards, digital marketing major from Pembroke Pines, Florida.

In memory of Dr. George B. Cromer, president of Newberry College from 1895-1904, the faculty gives an award to the graduating senior who has exemplified the qualities of academic excellence, leadership ability and personal integrity. This year, the honor was presented to Aubrey Guyton.