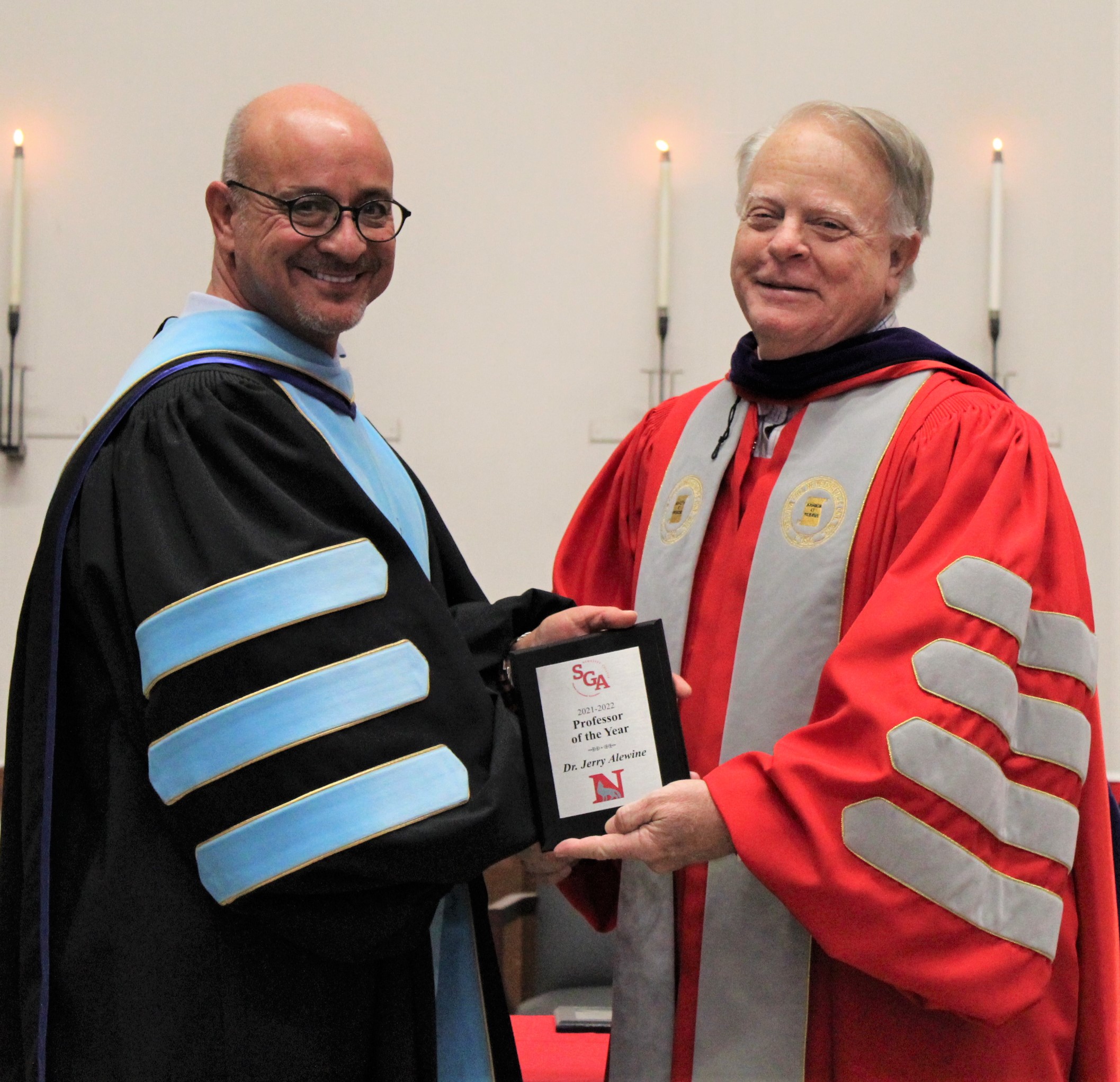 This year, students elected Dr. Jerry Alewine, interim dean of nursing and health sciences, as Professor of the Year. Carol West, director of special events, was honored with the Sadie Crooks Award.

Induction into the Bachman Honor Society has long been one of the highest honors Newberry College bestows. Founded in 1962 by faculty and named for the college’s principal founder, the Rev. John Bachman, the society is home to seniors who finish in the top 8% of their class for GPA, and to honored faculty and staff.

This semester’s faculty inductee was Dr. Amanda Hodges, associate professor of English, who has served at Newberry College since 2011.