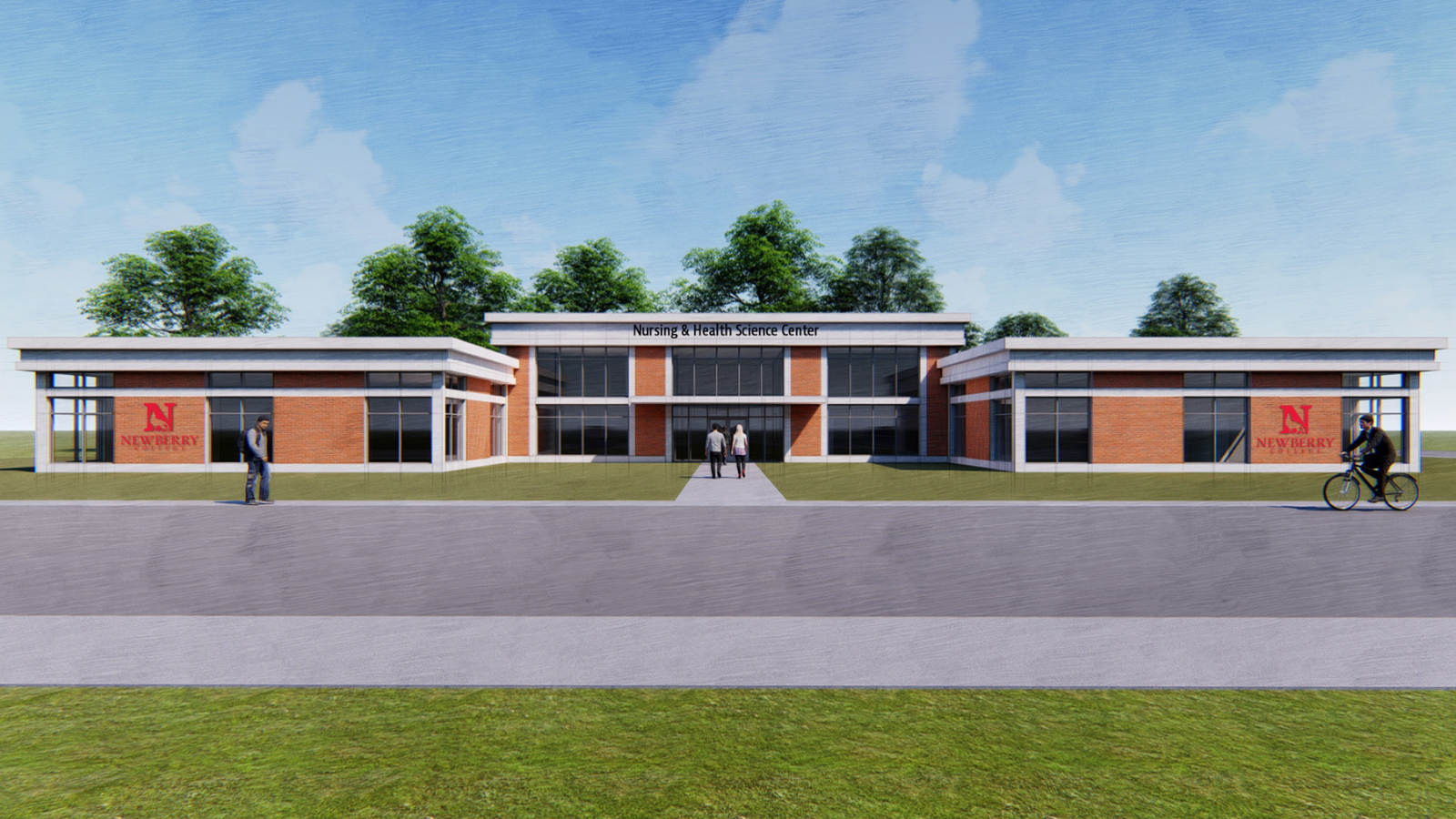 NEWBERRY — The Newberry College skyline will look much different over the next year. That’s what President Maurice Scherrens told students, faculty and staff Monday in a special announcement on Yost Portico at Holland Hall.

Over the weekend, the college’s Board of Trustees unanimously approved construction on two new campus facilities: the Nursing and Health Science Center and the second phase of athletic stadium renovations. The decision is the culmination of years of planning and generous giving, and the timing could not be better.

“This decision by the Board of Trustees is transformational for Newberry College,” said Scherrens. “As we reimagine our role in preparing students for the future, we’ve been relentless in our efforts to create a campus environment that leads to academic and athletic success. Today, thanks to the generous support of our alumni and friends and the leadership of our Board of Trustees, we are turning dreams into reality.” 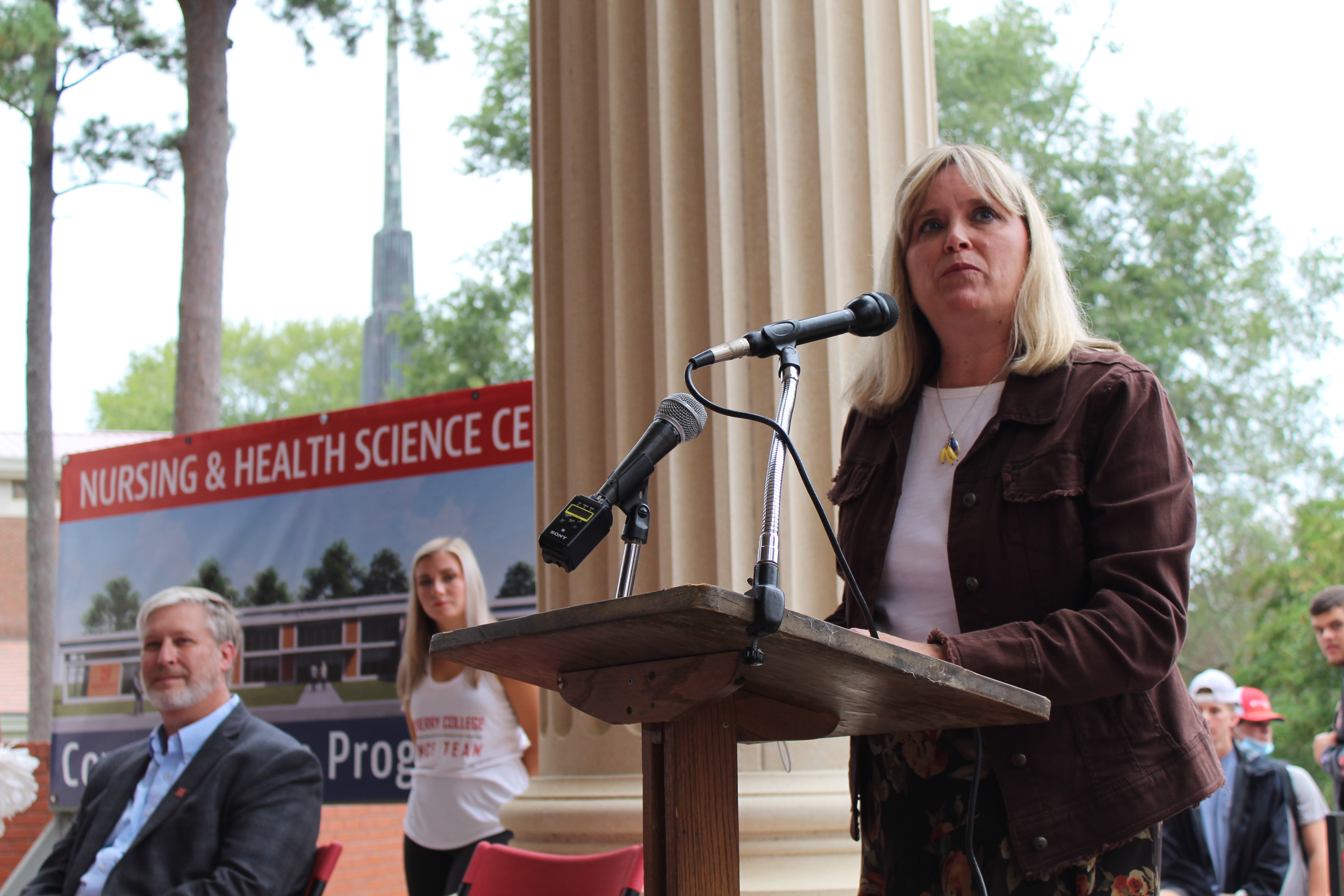 The Nursing and Health Science Center will be Newberry College’s first new academic building since Langford Communications Center in 1990. The $2.6 million facility will occupy 11,000 square feet at the corner of College and Evans streets. State-of-the-art classrooms and simulation labs will allow the space and the innovative potential required by the ever-changing health care industry.

Stadium Phase II will bring an 18,000-square-foot athletic field house to the stadium’s east side, behind visitor seating. The facility will include locker rooms for football, lacrosse and field hockey, coaches’ offices and field-view classrooms and reception areas. The $4.5 million project is the second of three phases designed to upgrade the athletic stadium and provide well-needed space for the growing Wolves athletic programs. The stadium decision was first announced at Saturday’s football game against rival Lenoir-Rhyne, following the board’s meeting earlier in the day.

“The board could not be more pleased to move forward with these projects,” said Rob Best '71, chair of the Board of Trustees. “We are grateful to all those who have helped us get to this point, and we are excited to see this momentum continue over the coming years.” 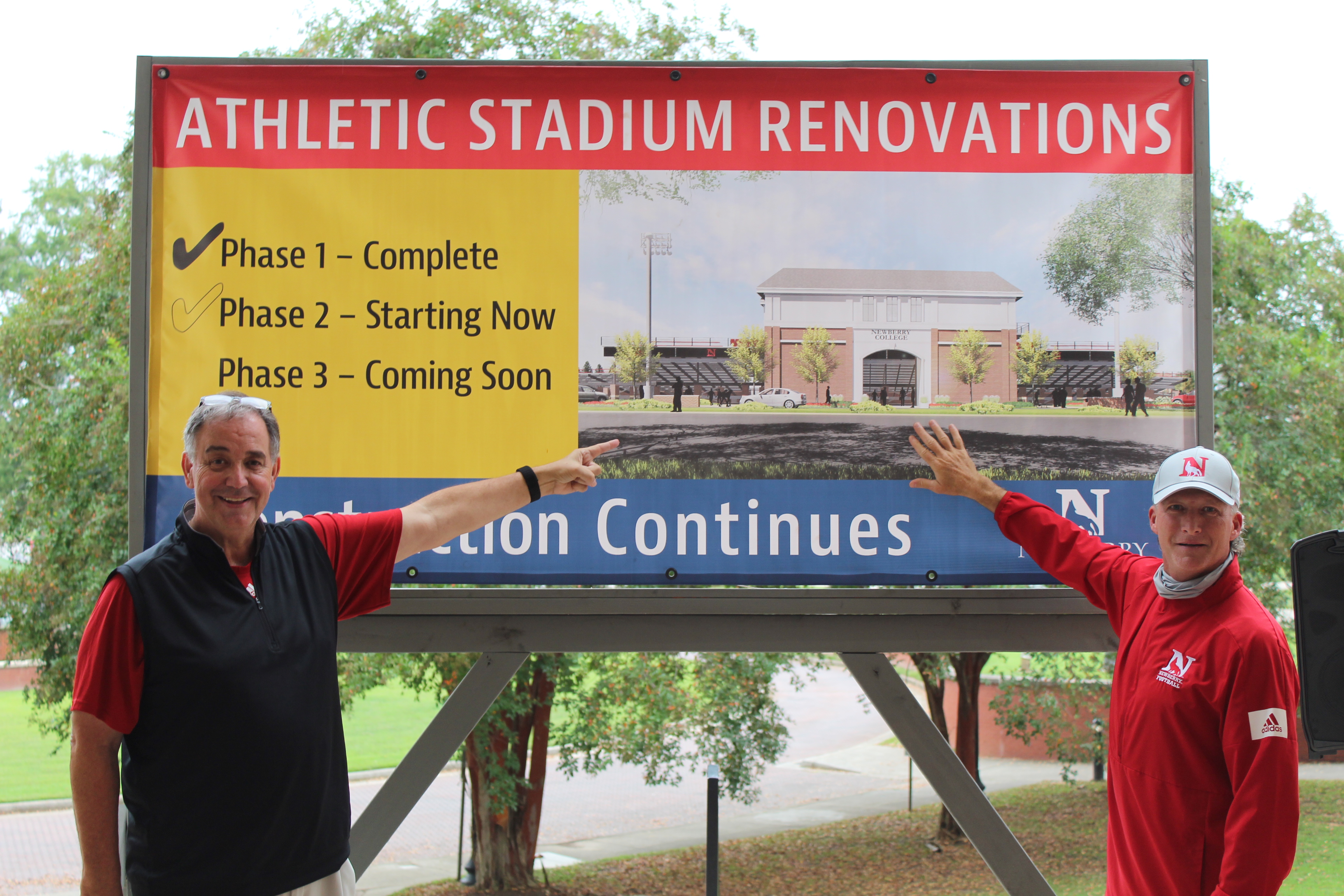 The projects are a leap toward the completion of the Scaling the Summit capital campaign. Since the campaign’s launch in 2014, the college has added the Center for Teacher Education, in the former Speers Street Elementary School (2016), Pearson Residence Hall (2018) and the Melvin & Dollie Younts Athletic Performance Center, the stadium’s first phase (2020).