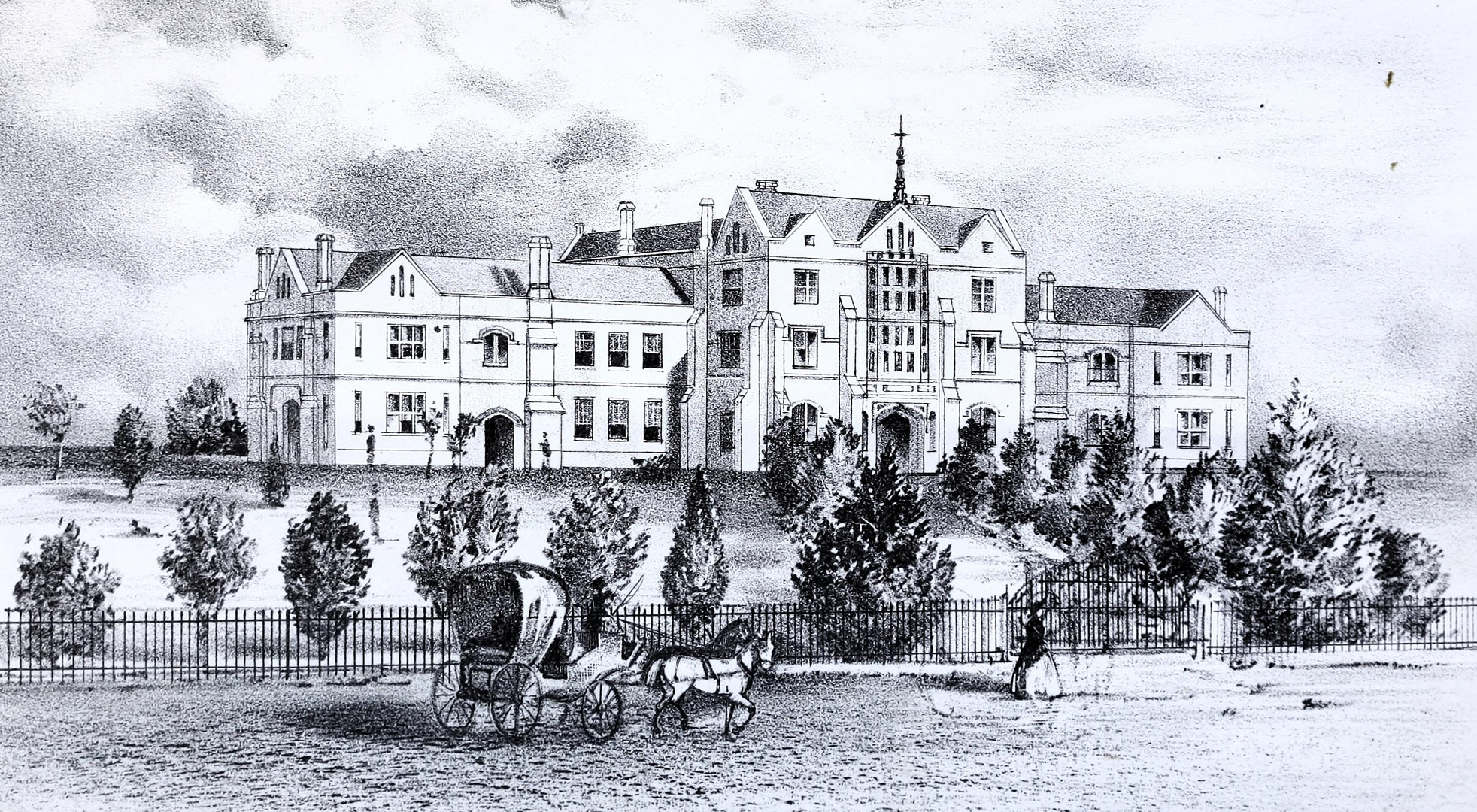 Newberry College celebrates its 164th birthday this Sunday, Dec. 20. The year 1856 on the College seal refers to the charter granted to the original board of trustees by the South Carolina General Assembly, and the date of that charter, Dec. 20, 1856, is celebrated as Founders’ Day.

The College had its origins almost 30 years earlier, when the Rev. John Bachman, pastor of St. John’s Lutheran Church in Charleston, suggested that the Synod of South Carolina and Adjacent States should establish a seminary to educate prospective Lutheran pastors for service in South Carolina and other southern states. That seminary, opened in 1831 in Pomaria, moved to Lexington in 1832. In 1855 the Synod, after considering alternate locations for the seminary, settled on Newberry as its new home and approved the establishment of a Lutheran college there as well.

After receiving its charter, the board of trustees held its first official meetings in Newberry in January 1857. The trustees elected Bachman their chairman, elected other officers, accepted a bid for the construction of the college building and met with the architect and contractor, and appointed a committee to oversee the the building’s siting, construction, and completion. The 54-acre core of the present campus was purchased for $2,300 from Simeon Fair, vice-chairman of the board, and James Williams of Newberry. The site was ready for construction by the summer of 1857.

On July 15, John Bachman gave the keynote address at the ceremonies laying the cornerstone for the new building. “We have called it Newberry College,” Bachman told his audience. “The name of this growing and flourishing town and this fertile district will be a rallying point to the lovers of learning and science.”

In time, he assured them, the College would be not only influential as an institution of higher learning, but also in the world, making mankind “wiser, better and happier, qualified for usefulness on earth, and fitted for the society of angels in heaven." Bachman closed his address with the observation that Newberry College would contribute to “that power which can create new resources and surmount all difficulties — a power that gives a lever to move the world — the power of knowledge” (emphasis in original).

From such hopeful and prayerful beginnings, Newberry College was born. She has sent thousands of young men and women off with her blessings to change the world, and she has done so in spite of countless challenges and obstacles throughout her long history. This calendar year has been one challenge and obstacle after another, in many respects more daunting and difficult than any the College, its administration and staff, and its faculty and students have ever faced. But with determination in the present and hope for future, we can be encouraged by the knowledge that our graduates will indeed make the world “wiser, better, and happier.” May the College community and all its many friends dedicate ourselves to working together to make that a reality.