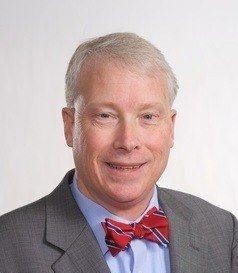 Dr. J. Tracy Power, assistant professor of history and director of the Newberry College Archives, has been elected by the General Assembly to serve on the Old Exchange Building Commission. The Columbia, S.C., resident will serve as member of the nine-member board that oversees the preservation and operation of the historic Old Exchange and Provost Dungeon in Charleston.

“The opportunity to serve on the Old Exchange Building Commission is truly a great honor,” Power said. “As the South Carolina equivalent of Independence Hall, this landmark is perhaps one of the most important buildings in the state and has played a major role in the development of South Carolina into what it is today.”

Elected for his expertise in South Carolina history, Power served as an historian for the South Carolina Department of Archives and History from 1986-2013. He joined the Newberry College faculty in 2014.

The Exchange building, a National Historic Landmark built in 1771, has been called one of the three great public buildings of the colonial period, alongside Philadelphia’s Independence Hall and Boston’s Faneuil Hall.

In January 1775, the First Provincial Congress of South Carolina met in the building’s Great Hall. After the colony declared independence in March 1776, John Rutledge was sworn in on the front steps as president of South Carolina (a title the state constitution changed to governor two years later.) During the British occupation of Charleston from 1780-1781, the building’s Provost Dungeon housed American prisoners of war. The Great Hall also saw visits from President George Washington in 1791, and from the Marquis de Lafayette in 1825.

The building is owned by the Daughters of the American Revolution and is leased to the State of South Carolina. The commission was created in 1976 by the General Assembly. For more information about the Old Exchange and Provost Dungeon and its programs, visit www.oldexchange.org.