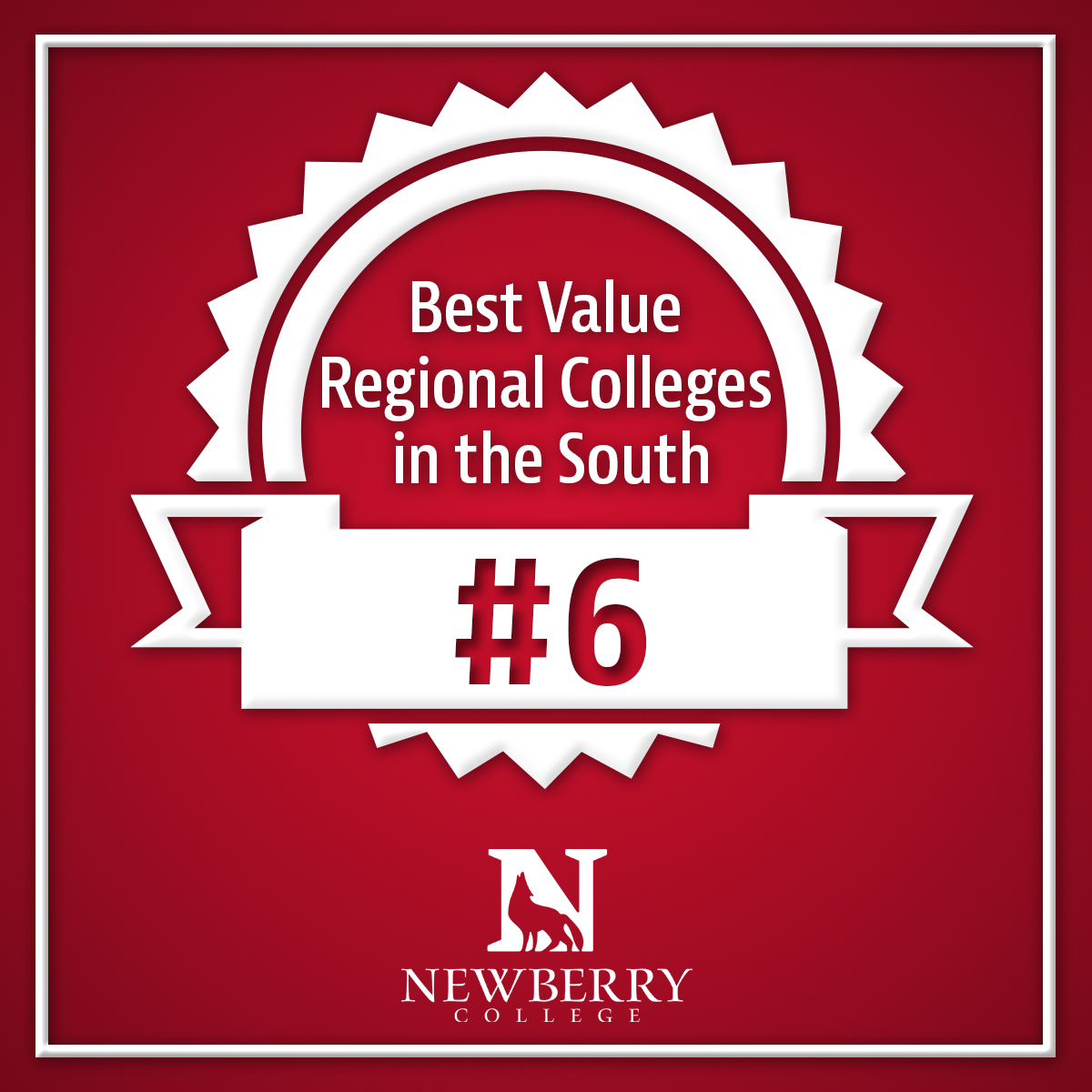 NEWBERRY — Newberry College has firmly held its place among the South’s most affordable institutions, according to U.S. News & World Report.

The college maintained its No. 6 ranking on the 2021 list of Best Value Schools – Regional Colleges South, and was also the highest-ranked South Carolina school on the list. This is the fifth consecutive year in which Newberry has remained among the top 10 for best value in the southeast.

"I’m proud that Newberry College has been consistently been ranked one of the top 10 best value schools in the South, and benefits such as the Tuition Promise and robust financial aid are hallmarks of the Newberry experience," said Dr. Lenna Young, a 1977 graduate, member of the Board of Trustees, and former vice president for academic affairs at Greenville Technical College.

“My accessible, high-quality Newberry education shaped me to successfully leap forward into career and life.”

In March, the board renewed the college’s Tuition Promise, which freezes tuition for incoming first-year students for their four years at Newberry College. This is the second consecutive year the program has locked in new students’ educational costs.

The ranking can also be attributed to the financial aid packages available to students. In the 2019 academic year, the college awarded $18.5 million in institutional aid to 96.4% of the student body.

“Newberry is very accepting of everyone’s financial background, and they’re willing to work with everyone because they truly want us here,” said Preslee Sikes, a senior and chemistry major from Graniteville.

“I told another student recently, ‘there are people here working for you, you just gotta find them and get in contact with them, these people actually do care about you and want you to be able to stay here and to not have to worry about school financially,’” said Elijah Fulmore, a junior and elementary education major from Irmo. “You’re definitely getting your money’s worth.”

Newberry College also recently ranked No. 1 in South Carolina and No. 32 in the United States for least average student loan debt per borrower, according to a report by LendEDU.

Find out more about the U.S. News & World Report rankings at www.usnews.com/colleges.