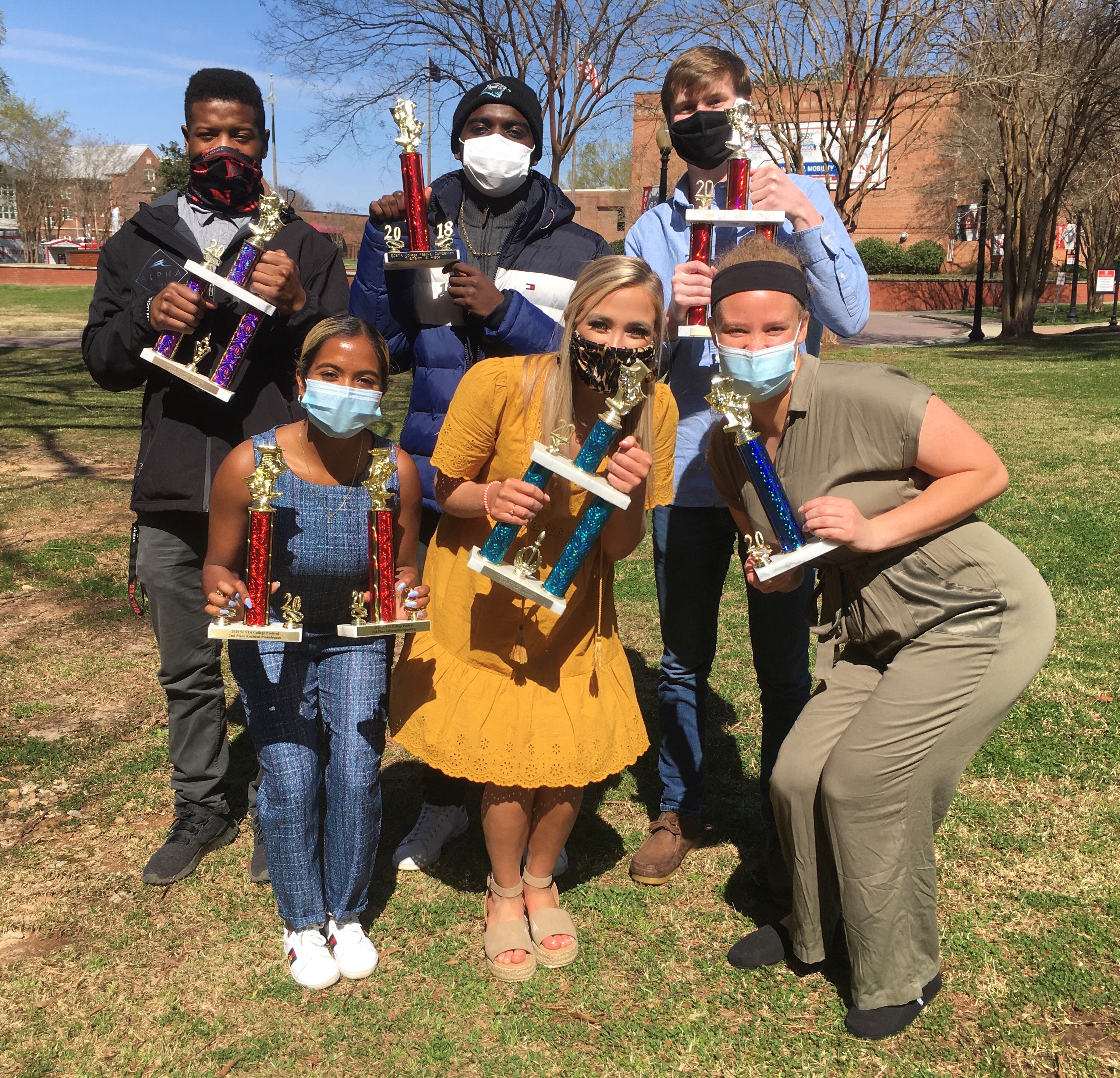 Of the 11 competitive events, Newberry College students dominated in four, and brought home four second-place and two third-place finishes. The students prepared under the direction of Pat Gagliano, chair of the Department of Arts and Communications, and Dr. Jodie Peeler, professor of communications.

“The SCSTA Festival Competition was brilliantly organized and facilitated by the USC Lancaster personnel, and we were happy to participate,” said Gagliano.

Newberry College has participated in the festival annually since 1994, hosing several times and taking home top honors on multiple occasions, most recently in 2020.