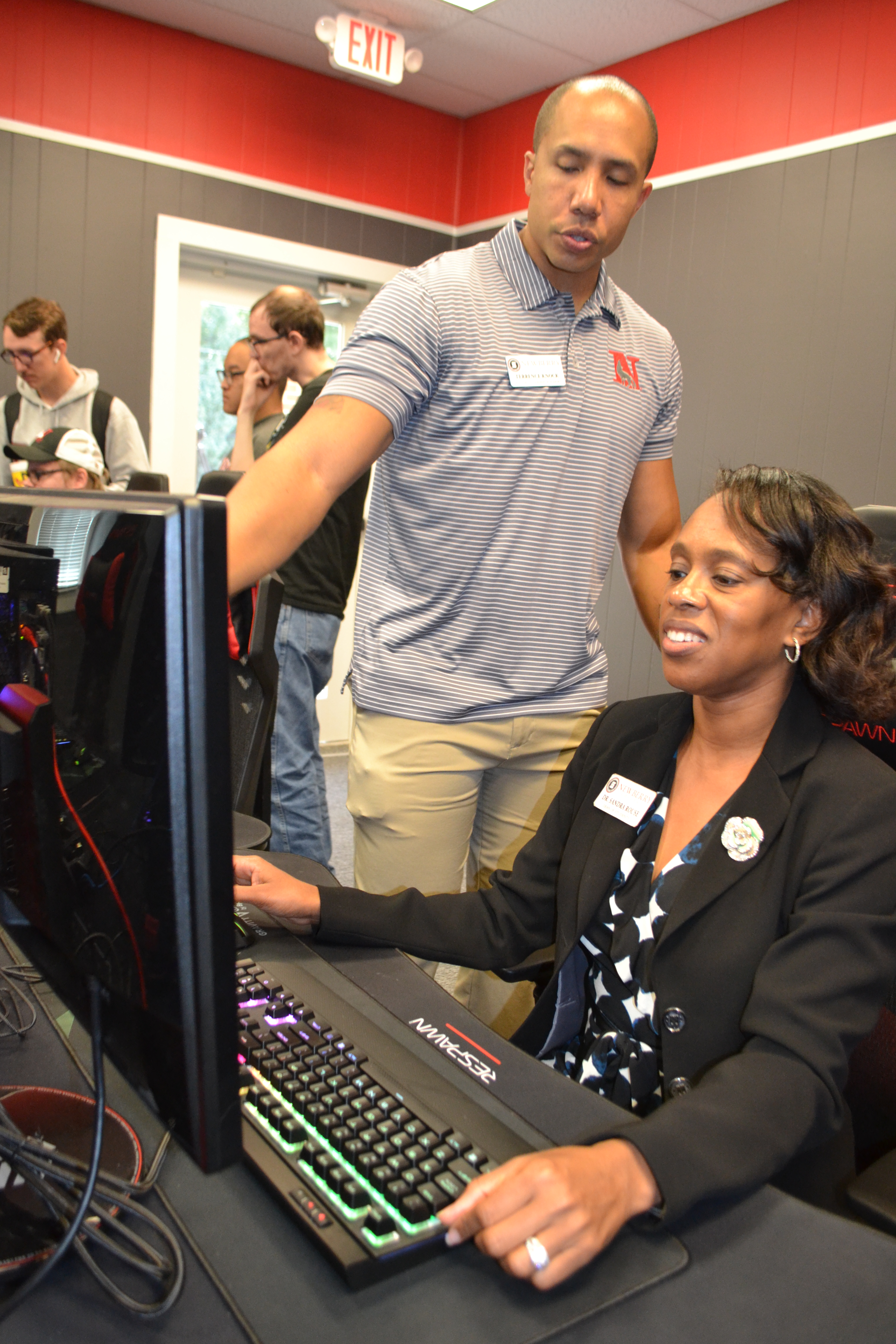 NEWBERRY — Competitive gaming, or esports, has a new home at Newberry College after the new Apex Arena was unveiled at a ribbon cutting Wednesday.

Dean of Students Sandra Rouse cut the ribbon for the facility, housed in the renovated north wing of the College’s Wright Hall. The ceremony officially launched the intercollegiate sport for the 2019-2020 season.

“We’re looking forward to nothing but success from the esports program,” said President Maurice Scherrens. “I know we’ve got a great coach, and I’ve seen how crowded the new facility is with students, both participating and watching, and I really hope it’s a hit.”

The aptly named facility will serve as the esports teams’ practice and competition headquarters, complete with two competition spaces with six computer stations each, a study lounge, office and broadcasting space for commentators.

“The wolf is an apex predator,” said Terrence Knock, coordinator and head coach of esports. “We hope to be such a predator in the esports space as well.”

Though not a traditional sport, competitive gaming has become the fastest-growing spectator sport in the world. Like other sports on campus, teams will practice and train, formulate and analyze strategy and schedule competitions with other collegiate programs, mostly in spring.

“We have the ability to compete pretty much at any time, regardless of budget or school,” Knock said. “It doesn’t matter that some schools are (Division I), doesn’t matter that some schools are community colleges, and anywhere in between, those all can be very competitive. On top of that, our travel budget will be minimal until we get to regional and national competitions.”

The Newberry program will compete in team-based video games “League of Legends” and “Overwatch,” among other games and across platforms that support intercollegiate competition. The program will be supported by the National Association of Collegiate Esports.

Knock added that the program hopes to begin streaming test matches online in October, once fully up and running.

“With this new facility and state-of-the-art equipment, we’re very excited for the opportunity that the institution has provided to us,” Knock said.