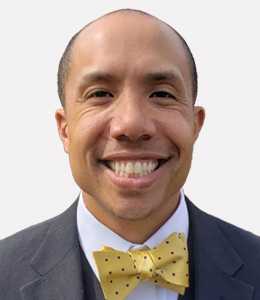 NEWBERRY – Newberry College has announced Terrence Knock will lead its newly-minted competitive gaming program, also known as esports. Knock, an Air Force captain and officer-in-charge of esports and fitness evaluations for the U.S. Air Force Academy, will begin with the 2019-2020 season.

“Adopting esports at Newberry College allows students the opportunity to grow and compete in a greater number of ways, and it is a vehicle for technologically-savvy students to put their skills to work,” said Dean of Students Dr. Sandra Rouse. “This puts Newberry at the front of an expanding frontier, and we couldn’t be happier to have Mr. Knock leading the charge.”

Though not a traditional sport, competitive gaming has become the fastest-growing spectator sport in the world. As with any intercollegiate sport, students will win a seat on the team roster based on their playing ability and will be eligible for scholarships. The Newberry program will compete in team-based video games “Overwatch” and “League of Legends,” and will be supported by the National Association of Collegiate Esports (NACE).

In November, Knock cofounded the academy’s esports program, the first of its kind for any military service academy. He currently coaches 26 competitors across three major gaming titles, and oversees daily practices and competitions against other collegiate teams. Knock will retire from the Air Force with eight years of active duty service.

“I’m extremely thankful and excited for the opportunity to become the first-ever head coach and coordinator of esports at Newberry College,” Knock said. “I will work tirelessly to create an environment for students to grow athletically and academically, and to prepare them for professional and personal success.”

Knock earned a bachelor’s degree in international security and conflict resolution from San Diego State University in 2010. In May, he graduated from the University of Miami with a master’s degree in sports administration.