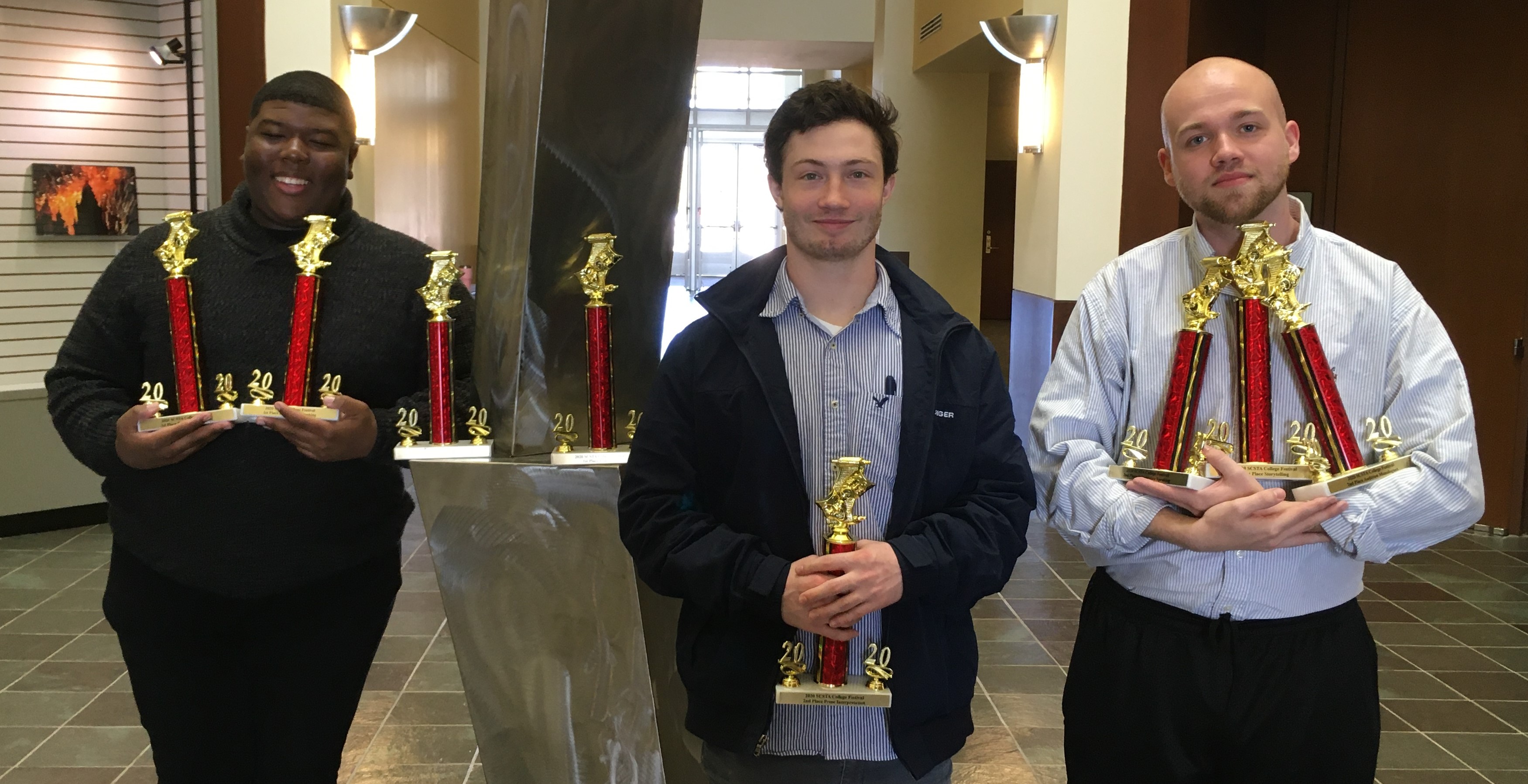 The event was held Feb. 15 at the University of South Carolina at Lancaster.

“I am proud of our team and their high achievements,” said Pat Gagliano, professor of theatre and speech. “SCSTA is an opportunity to showcase our outstanding work, and once again, our team did not disappoint.”

Caleb Lawrimore, a senior from Newberry, won the Triathlon Award for the second consecutive year. The award is the highest individual prize, given to the student with the highest combined score in theatre, performance studies and public speaking events. This is the fifth time in nine years a Newberry College student has won the award, following wins in 2019, 2018, 2014 and 2012. Lawrimore is also the first student in association history to win the award more than once.

The students worked under the direction of Gagliano and Mandy Butler, associate professor of theatre.