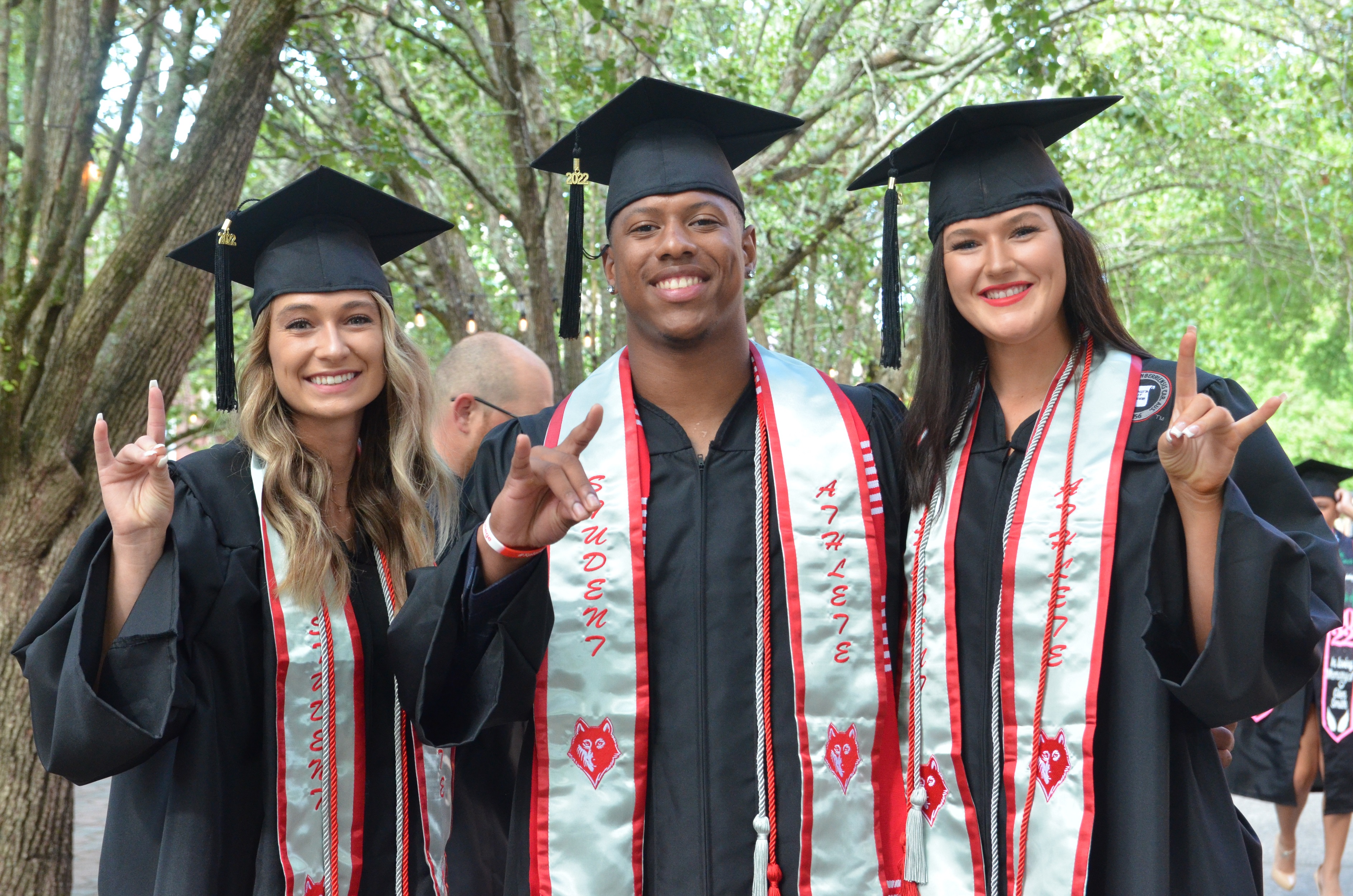 NEWBERRY — Relief and jubilation filled the air in Newberry College’s Eleazer Arena on Saturday as members of the class of 2022 turned their tassels toward the future.

The weekend’s commencement exercises celebrated the achievements of 178 graduates from the spring and summer classes. Click here to view the commencement program and full list of graduates.

Each year since 2014, the honor of the spring commencement addresses have been awarded to members of the graduating class, selected by fellow seniors, faculty and staff. The Class of 2022 chose Biasia Roberts, a health care management major from Fort Mill; and Nathaniel Carrasco, a business administration major from Las Vegas.

“I went from being a young girl who was so timid and filled with so much doubt in herself, to someone who was sure of what she wanted and who she wanted to be,” said Roberts. “If you had told that girl that she would be standing right here in this exact moment, she would say ‘yeah right!’ The moral of the story is, Newberry helped us to become who we are. It allowed us to know what it feels like to belong.”

“In this room, we have straight-A students, conference champions, and leaders ready to receive the baton, because it’s our time to serve,” said Carrasco. “We’re all here today, because we didn’t let the distractions of this world bring us down with them. Instead, we used them as reasons to win, as reasons to become victorious.”

The graduating class presents the Dr. L. Grady Cooper Award to faculty, staff or students who exemplify the loyalty and devotion to Newberry College that Cooper demonstrated during his tenure as a professor of religion and Greek. This year, the staff honor went to Carlton Kinard '16, program coordinator for the Muller Center. The student honoree was Sumner Moorer, a communications major from Chapin.

The Algernon Sydney Sullivan and Mary Mildred Sullivan Awards were established to honor one man and one woman of the graduating class who exemplify outstanding character and service to others, traits valued by Mr. and Mrs. Sullivan. The awards were bestowed respectively upon Elijah Fulmore, an elementary education major from Irmo; and Chandler Watson, a music education major from Powder Springs, Georgia.

Finally, the Dr. George B. Cromer Award, named for Newberry College’s fifth president, is presented by the faculty to the graduating senior who exemplifies academic excellence, leadership ability and personal integrity. This year, the honor was presented to Biasia Roberts.

David L. “Buddy” Morgan received the honorary Doctor of Business Entrepreneurship degree for his service to Newberry College and his dedication to education, innovation, creativity and improved learning.

Morgan founded Litton Entertainment and served as president and CEO from 1989 to 2021. He has served on the board of the MUSC Children's Hospital and of the College of Charleston School of Business. He resides in Charleston with his wife, Lissy, and they have three children — Katie, Dillon, and Henry Morgan '17.

"My opportunities didn't look like this when I was your age," said Morgan. "Being positive is possibly my secret sauce. It's disarming, it's disruptive, and it's positively powerful. Use it. Today you feel positive. Don't lose that."