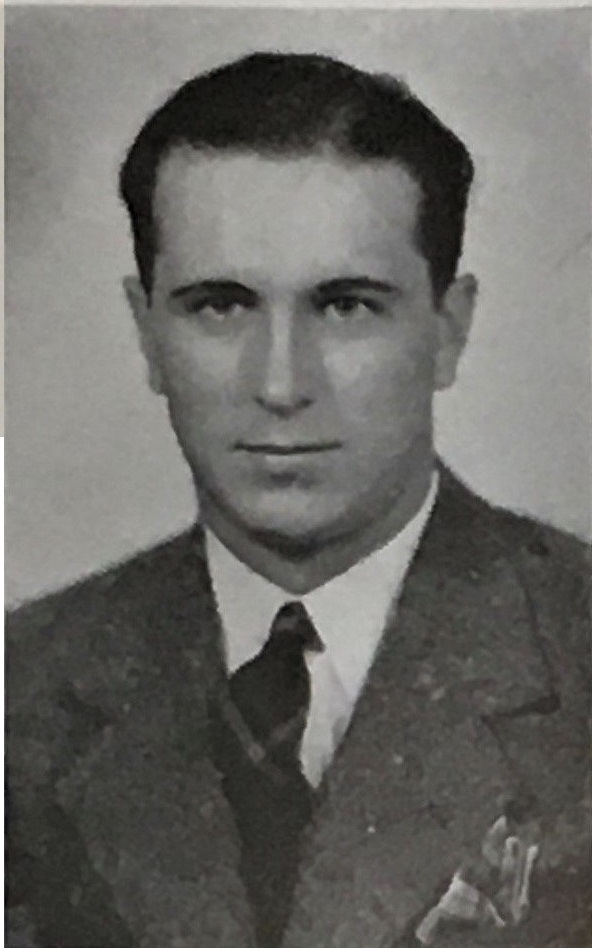 James Chester Hipp '40 (1918 - 2001), of Saluda, South Carolina, enlisted at Camp Jackson in March 1942. He was a Sergeant in the 58th Field Artillery Battalion, attached to the 3rd Armored Division of the First Army. He was an advance observer attached to a Ranger unit on D-Day, June 6, 1944, among the first to go ashore on Omaha Beach. The battalion commanding officer and reconnaissance officer were killed by machine gun fire on the beach, and the Executive Officer took command of the battalion. Sgt. Hipp was unharmed on D-Day, but on June 12, he was wounded by machine gun fire while reconnoitering as a forward observer.

Sent to England to recuperate, Hipp wrote the Newberry College Alumni Bulletin, thanking the editors for sending him the Bulletin and describing his experiences. The following was his entry in the August 1944 Bulletin:

Played 'Possum For Eleven Hours After Having Received Wound.

Received a V-mail letter this past week from James C. Hipp, '40, in which he told of his having been wounded by the Germans in the D-Day invasion. The letter is as follows: "I received your letter of June 13th and the Alumni Bulletin today. I was very glad to receive them because it had been so long since I had heard from Newberry. It took a long time to reach me because I have been evacuated from France back to England for hospitalization after being wounded on June 12th.

"I landed on D-Day in the first wave as an observer for my battalion. I got along well until venturing out too far and running into a machine gun nest. Received a slug in the right shoulder but got out light after playing ''possum' on them for 11 hours. I'll be returning to my outfit in a short time.

"Give my regards to Coach Laval, if he is around. Also Dr. Kinard. I always enjoy hearing from you."

Hipp was awarded the Purple Heart with Oak Leaf Cluster (for a second wound, sustained in the German Rhineland in late 1944 or early 1945), was later awarded the French Croix de Guerre and the Silver Star (the third highest U.S. military award) for gallantry in combat, and was promoted to 2nd lieutenant before his discharge in October 1945.

Hipp, who had been a teacher and coach in Florence County before enlisting in the army, worked at a furniture store in Georgetown after the war, then moved to Loris, in Horry County, in 1946. He founded the Carolina Furniture Company there that same year, where he worked for over 50 years. A prominent businessman and one of the founders of Coastal Carolina Junior College — later Coastal Carolina College of the University of South Carolina, and now Coastal Carolina University — Hipp died in 2001 at the age of 82.