The Legend of Madeline 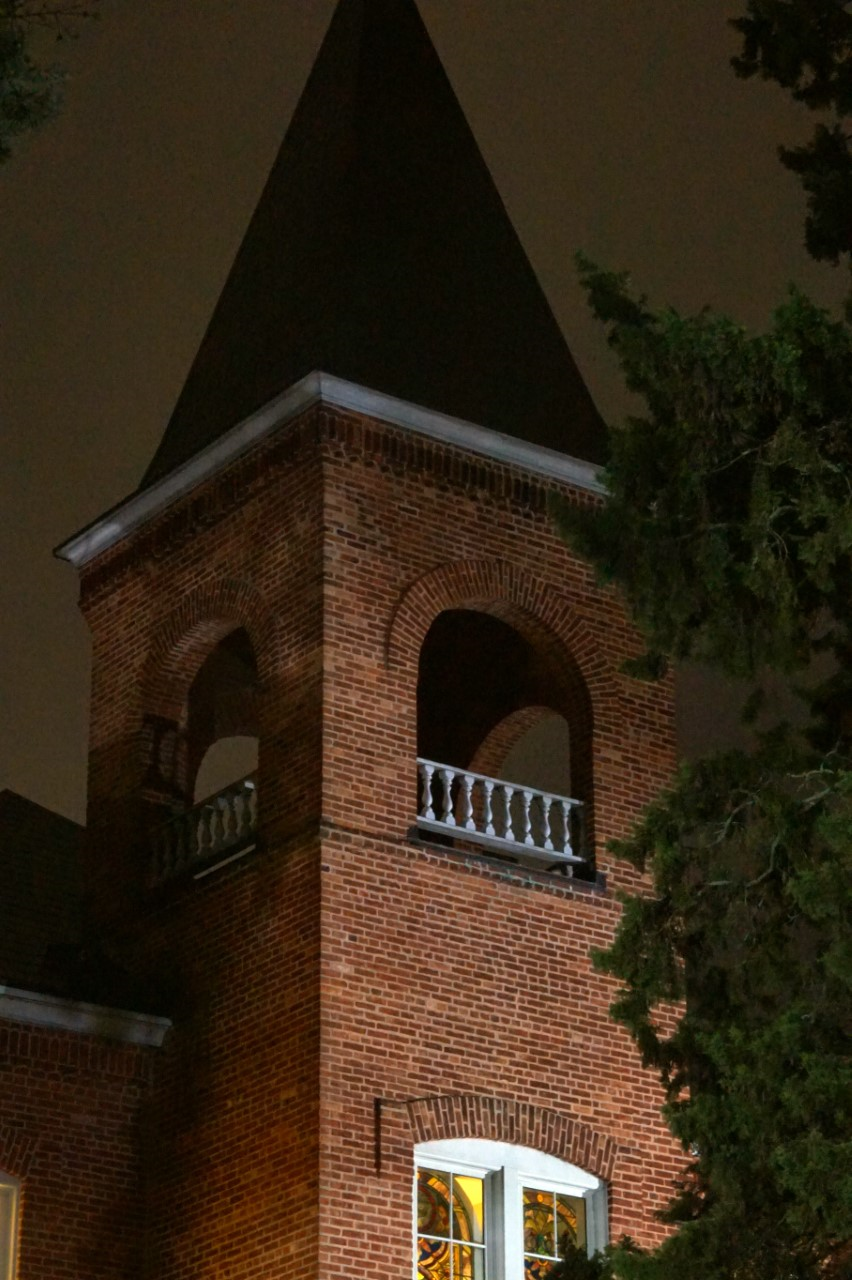 Have you met Madeline?

As a campus founded 164 years ago, Newberry College has enjoyed its share of legends and ghost stories, passed down by generations of students, faculty and staff. The most famous and most enduring of these is Madeline, the tragic lover of Keller Hall.

The story first appeared in the Dec. 2, 1959, edition of the student newspaper. In the original version, by Barbara Patterson Nuessle ’61, “Miss Madeline” was a Newberry native who was dating a Newberry College student named John around the turn of the 20th century. The pair were contemplating marriage after John’s graduation, until rumors circulated that Madeline was being unfaithful. On Nov. 17 of that untold year, John climbed to the top of the Keller Hall steeple in despair and leapt to his death.

That very evening, Madeline was on her way to campus to confess to John that she had betrayed him, and that she had finally realized that she loved him and him alone. Around midnight, leaving her carriage on what is now Evans Street, she carried a dim lantern to light her way up the path to Smeltzer Hall, where John stayed. As she passed before Keller Hall, she stumbled over something. When she held the lantern over the object, she discovered John’s broken body and let out a scream that was heard across campus.

According to legend, the ghost of Miss Madeline returns to campus every Nov. 17 to search for John to no avail, carrying that same dimly lit lantern and crying into the night. On several occasions after the story was first put to paper, students dressed as Madeline, carried lanterns and went out on the anniversary to help the tragic lady search for her lover.

Several other versions of the story have surfaced since the 1959 article. The most prevalent version casts John as a Union soldier who was stationed at Newberry College during the army’s occupation between July and October 1865. John had fallen in love with a local girl, Madeline, and the two matched immediately. Shortly thereafter, the garrison transferred, and Madeline was left behind. Upon hearing news that John had died, she was overcome with grief and threw herself from the top of Keller Hall.

Now, it is worth noting that Keller Hall was constructed in 1895, 30 years after the end of the Civil War, so the timing of this version might not add up. However, one shouldn’t let facts get in the way of a good story.

No “Madeline” sightings have been reported for decades, perhaps because Miss Madeline finally gave up her search.

But who can say for sure?