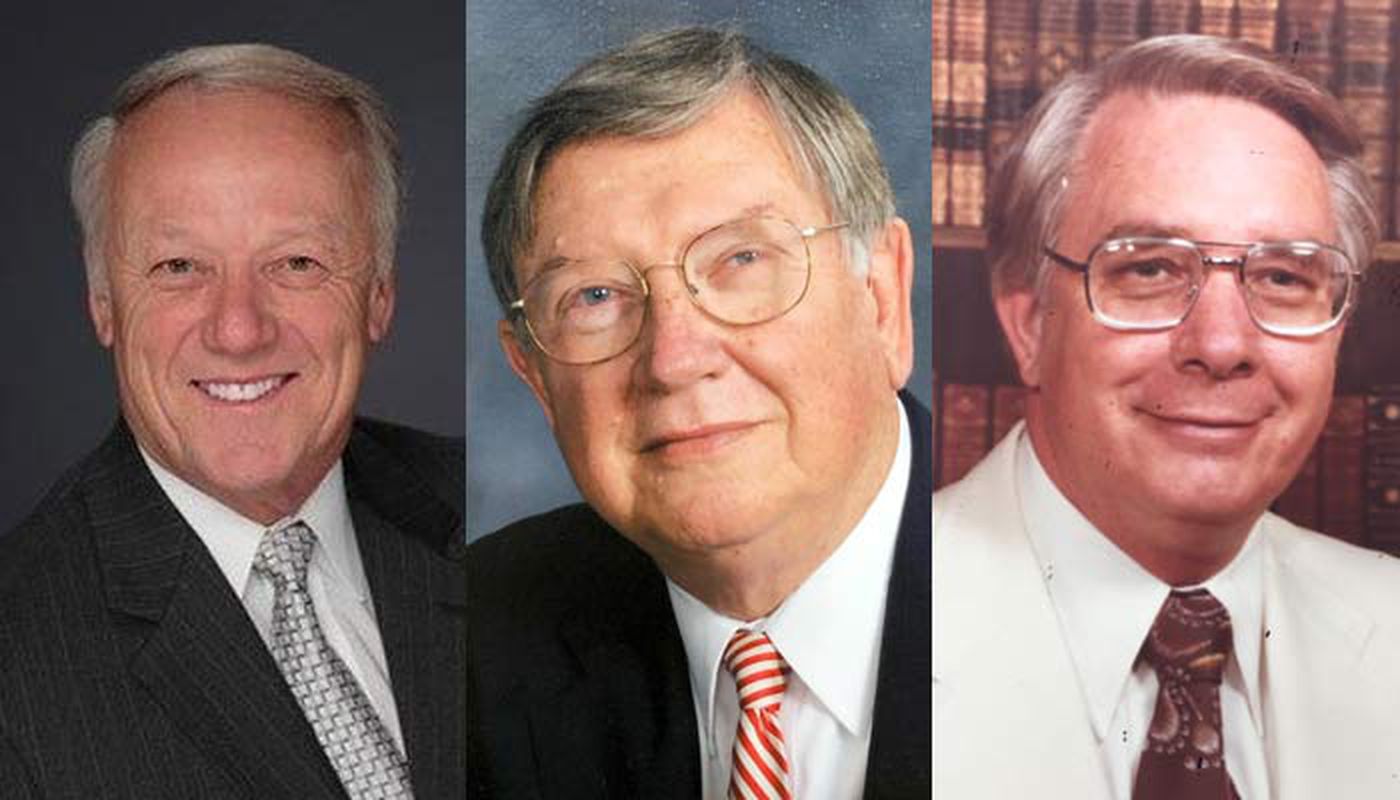 COLUMBIA, S.C. — All three of this year’s South Carolina Educator Hall of Fame inductees are Newberry College alumni. Dr. Chester Floyd, Dr. John Hudgens and the late Dr. Charlie Williams will be honored with this distinction by the South Carolina Foundation for Educational Leadership for their service to public education.

Floyd, a former Newberry baseball player from Florence County, graduated in 1965 with a degree in mathematics. He taught math and coached basketball at Barnwell High School after graduation, and in 1969, he became the school’s principal at age 25. He served as principal of Clover High School from 1971 until 1973, when he was appointed assistant superintendent for York County District Two. He went on to serve as superintendent of Florence District Five, Lexington District One, Berkeley County School District and Lexington District Three, respectively, until his retirement in 2015. He earned the American Association of School Administrators’ Distinguished Service Award in 2010.

Hudgens began his teaching career directly after graduation in 1960, teaching at Orangeburg High School before becoming an elementary school principal. In his public education career of over 35 years, he also led four high schools, notably as the first principal of Richland Northeast High School. He served as superintendent of Richland District Two for nine years until his retirement in 1994. Hudgens returned to Newberry College as interim president on three separate occasions. In 2011, he was inducted into the Newberry College Athletic Hall of Fame for his achievements in baseball, basketball and football. He is a recipient of the American Association of School Administrators’ Distinguished Service Award.

Williams earned his bachelor’s degree from Newberry College in 1950 before beginning a lifelong career in public education. He was elected to three consecutive terms as South Carolina’s state superintendent of education, serving from 1979 to 1991. As the state education chief, Williams is best known for his considerable contributions to the Education Improvement Act of 1984, which provided additional funding for state educational initiatives. He also implemented a full-fledged statewide kindergarten program, and expanded adult, gifted and talented, and vocational education programs. Williams was honored by his alma mater with an honorary doctorate in 1982. He died in September 1998.