Women Leading the Pack: Past and Present 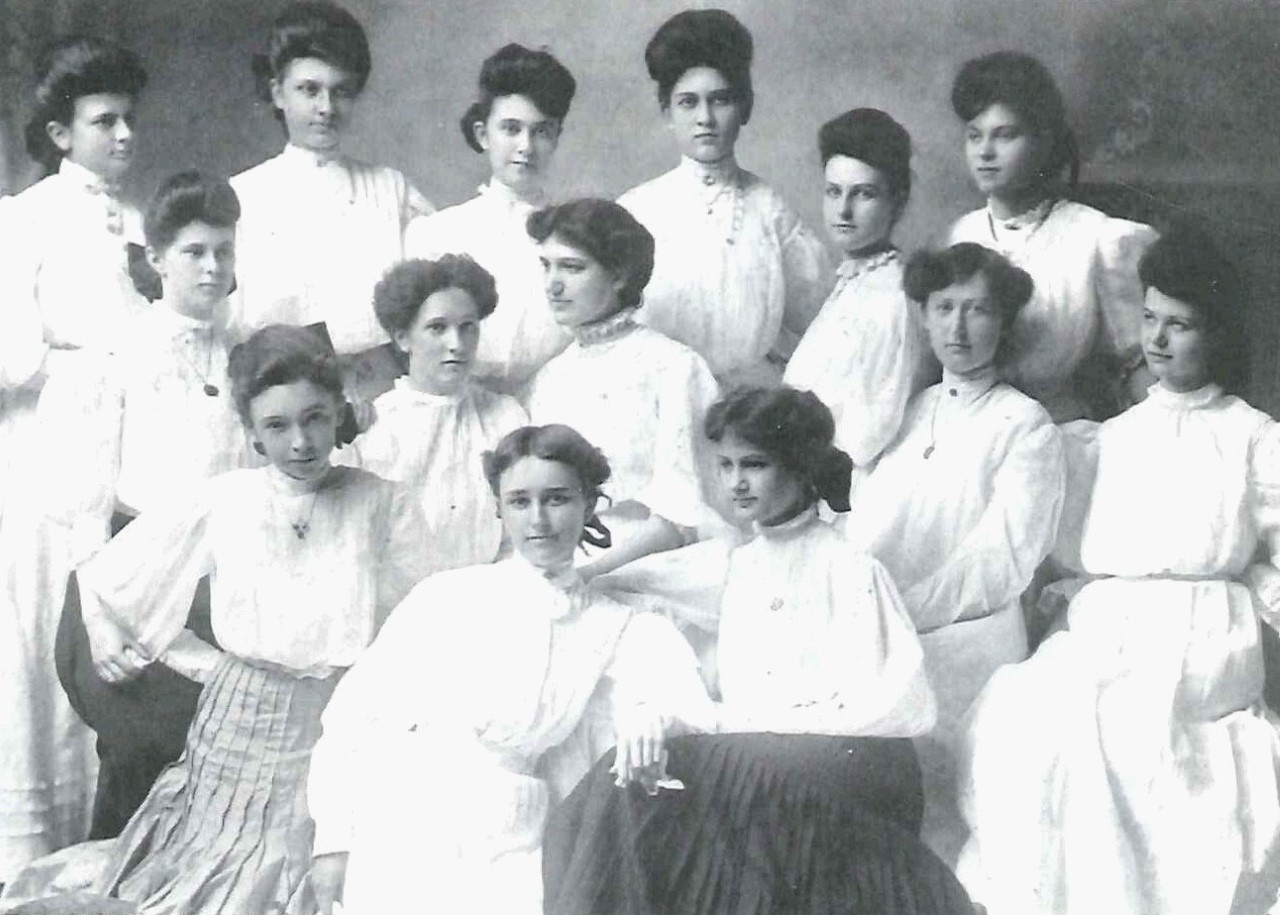 During Women’s History Month, we often recognize the pioneering accomplishments of female leaders like aviator Amelia Earhart, Pulitzer Prize winner Edith Wharton, or Vice President Kamala Harris. At Newberry College, we, too, have a rich history of women achieving and leading at high levels. Starting with the first women to enroll and continuing over 100 years to this year’s student body president, the experience, strength, and knowledge of capable women leaders has impacted every facet of the College community.

In 1897, Newberry College admitted the first women as day students. In 1900, Margaret Johnstone was the first of these to graduate. Shortly after, Pauline Holland, widow of President George Holland, joined the staff as a full-time librarian, the first woman to do so. Ella Dunn ’24, M’28, was the first and only woman to earn a Newberry master’s degree (the College’s graduate program spanned 1885-1928). Since these female firsts and the 1930 merger with Summerland College, women have continued to make their mark on the institution. The direction of the College has been, and continues to be, greatly influenced by women’s leadership as they guide the College in a variety of roles.

At the highest level, Newberry College is headed by the Board of Trustees. Dr. Lenna Young ’77 serves as secretary for the board, inspired by her years earning her bachelor’s in psychology. “I want students to experience what I did,” she said of her undergraduate education.

In academic support, Dr. Sandy Scherrens, first lady of the College, leads the Center for Student Success and other student persistence efforts to make sure students have everything they need to be successful in the classroom.

Dr. Peggy Barnes Winder ’86 is a well-loved professor who also holds the role of director of diversity education. As the first woman inducted into the Newberry College Athletic Hall of Fame in 1998 and the first African American full-time professor, her perspective and wisdom shape the College’s efforts to create an inclusive community.

Dr. Sandra Rouse, dean of students, manages a good portion of the student experience outside of academics and athletics, including everything from residence life, to student engagement, to conduct, to security.

Key to student enrollment is Director of Admission Milena Velez, a native of Bulgaria with a keen interest in writing and rhetoric.

Chief of Staff Bobbie Sides ’80 is the longest-serving full-time staff member, who began her Newberry College career in 1974.

In the last year, Newberry College faced a host of challenges as a provider of higher education amid the COVID-19 pandemic. Paige Meyer, president of the Student Government Association, has been key in helping students have the best year possible. “I see Paige as an individual who is very approachable,” said SGA advisor and Director of Student Engagement Kenntrail Grooms ’07. “She is instrumental here as an advocate between the student body and the administration.” Paige is the latest in a handful of women who have been elected to lead the Newberry College student body.

This is just a sampling of the women who have shaped, and continue to shape, Newberry College since those first steps through these hallowed halls in 1897. Now, in the 121st year of female alumni, at just over a century of women’s suffrage, and 93 years since Miss Dunn earned her master’s degree, women could once again reach the graduate level of education at Newberry College. Last month, the Board of Trustees announced that plans for a graduate program in organizational development and leadership are headed for final approval. Given our legacy of leadership and strength, there is no limit to what Newberry women might accomplish.

This piece is just one of many insightful stories featured in the upcoming spring 2021 Dimensions, the magazine for alumni and friends of Newberry College. Click here to read last year's issue.