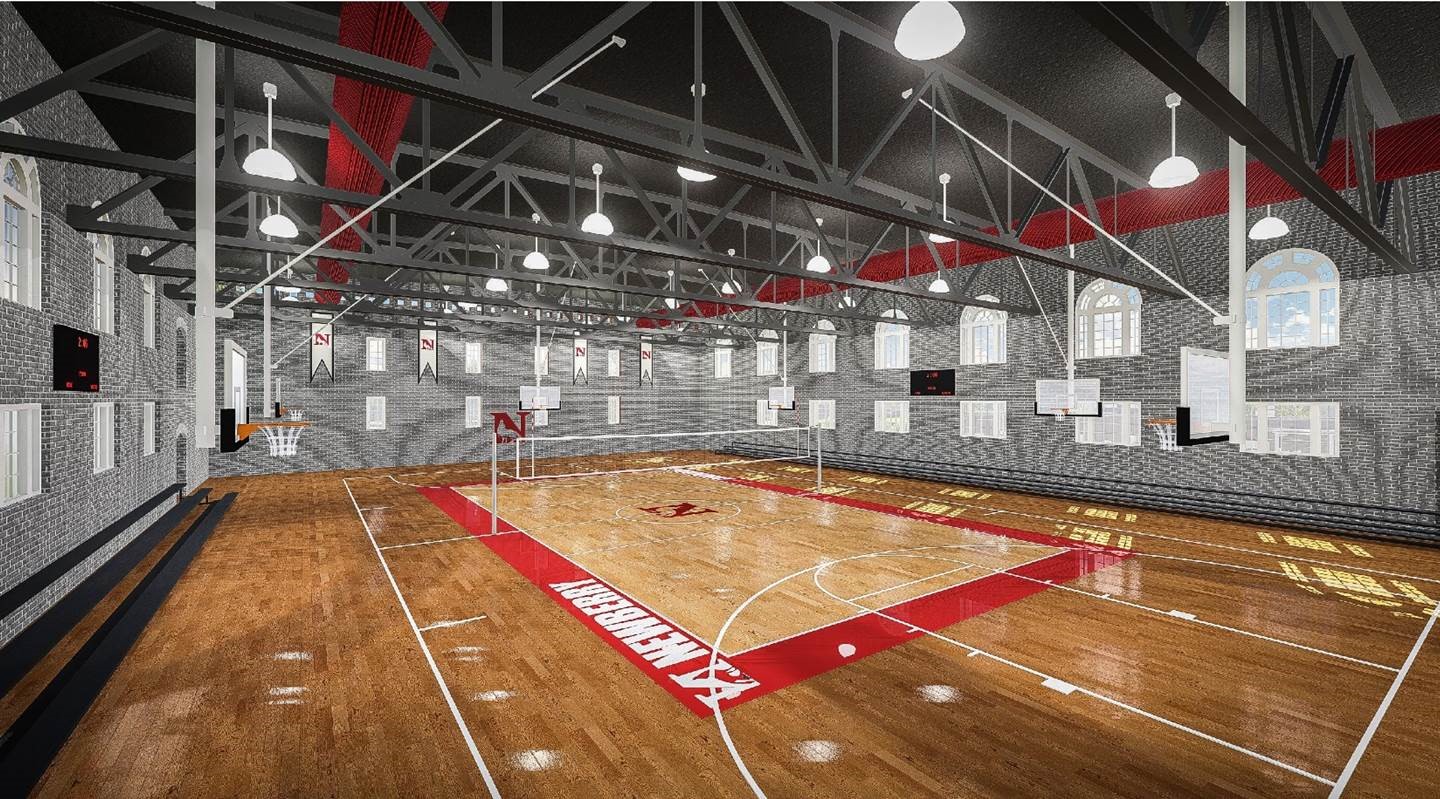 MacLean Gymnasium was a hub for athletics and campus life for decades, and it will be again.

This historic campus landmark was completed in 1923 as a successor to the Alumni Gymnasium, which stood on the site of present-day Wessels Library from 1906 — 1930. The new building, "a gift by the citizens of Newberry," provided the facilities necessary for the College's growing and successful athletics programs. In 1924, the first season in the new facility, the men's basketball team won its fourth consecutive state championship. The building would earn its name in 1955 for the legendary Fred "Dutch" MacLean (1888 — 1964), who played on the College's first football team in 1913 and coached football, basketball and baseball from 1921 — 1938.

MacLean Gymnasium is historic not simply because of its near-centenarian silhouette on the Newberry skyline. History was made here. The Bronze Derby, the symbol of the rivalry between Newberry and Presbyterian College, became legend here when the hat was the subject of a fracas at a basketball game in 1947. The derby was later bronzed and passed to the victor of the schools' contests between 1947 — 2006. In 1976-77, the men's basketball team finished the regular season 35-0, the only undefeated college team in the country. The team fell in the second round of the NAIA tournament in its third consecutive national run. That year was also the first for Newberry's intercollegiate women's basketball team.

The gym was the home of Newberry basketball until 1981. The last intercollegiate game, played Feb. 21, was a narrow heartbreaker against Coastal Carolina, who won 58-57. Eleazer Arena, completed that year, became home court for basketball, wrestling and volleyball. In addition to athletics, MacLean has also served as the setting for commencements, dances, concerts, and so much of college life.

In the past decades, MacLean Gymnasium has provided locker rooms for visiting football teams, and space for cheerleading and dance practices, as well as intramural sports. Today, the College is raising funds to bring new life into this historic space and to pave the way for new sports programs. Renovations will include a new basketball court, new bleachers, new windows, updated heating and air, new scoreboards, and paint (see rendering above).

With questions or for more information, contact Bill Tiller at William.Tiller@newberry.edu or 803.321.5676.