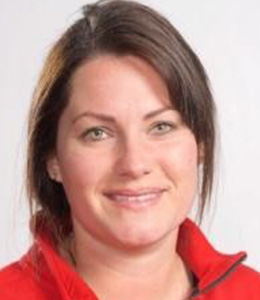 Diana ‘Deedee’ Alexander (formerly Sanguinetti) was named the head women's soccer coach at Newberry College in January 2014 after serving the program as an assistant coach for two years.

Alexander came to Newberry from the University of San Diego, where she helped the Toreros win their first West Coast Conference title and aided USD in a run to the round of 16 in the 2011 Women’s College Cup.

Prior to joining the coaching staff at USD, Alexander was a member of the staff at Kansas Wesleyan University where KWU won multiple conference titles and reached the round of 16 in the NAIA national tournament. Alexander previously served as a volunteer assistant at Cal State-Northridge and as an athlete recruiter for Nike’s Velocity Sports Performance program.

Before reaching the coaching ranks, Alexander wrapped up her playing career as a member of the Pepperdine women’s soccer team. At Pepperdine, Alexander started as a center defender on one of the top ranked defenses in the country. As a junior the Argentine national team scouted Alexander, before she graduated from Pepperdine with a degree in Psychology and Child Education.

Alexander joined the nationally ranked Waves after beginning her collegiate career at Long Beach State. As a freshman Alexander was named first team All-Big West and despite battling injuries as a sophomore was named honorable mention All-Big West her second season.