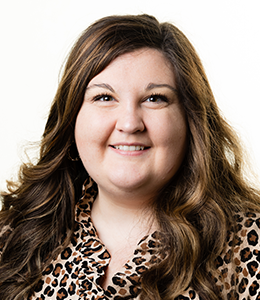 Coordinator of Transfer and Online Admission | Admission for Dyslexia Program

Ammons returned to her alma mater in 2019 as a coach for the Newberry College Dance Team. During her undergraduate years, she was a Student Ambassador from 2015-18, earning Rookie of the Year in 2015 and being named Student Ambassador of the Year in 2017. She was a member of Sigma Sigma Sigma sorority and Sigma Alpha Pi, served as president of the Social Justice Club and as an ally for the Campus Alliance for Respect and Diversity. She is a native of Greenwood, South Carolina, and now resides in Newberry with her husband, Matthew Ammons ’15.