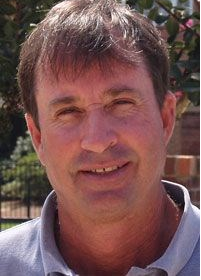 Mark Gardiner is the head tennis coach of the Newberry men's and women's tennis teams.

In his first season as a collegiate head coach, Gardiner led a team of all freshmen to a sixth place finish in the South Atlantic Conference and their first appeareance in the SAC Tournament in two seasons. Vinicius Botelho and Michael Saunders were named all-SAC players, while Botelho and Mohammed Chakir earned ITA Scholar-Athlete honors.

Gardiner is the owner and the main operator of the Chapin Tennis Academy in Chapin, S.C. The Academy provides tennis lessons for all ages and levels and conducts round robin, and adult and junior tournaments for the Irmo-Chapin recreation Commission.

From 1990-97 he was the Director of Tennis and the Head Tennis Professional at the Cardinal Racquet Club in Anderson, S.C. He coordinated and oversaw numerous tournaments while at the Club and saw one of them lauded as the South Carolina Tournament of the Year.

The Chapin native has been a member of the United States Professional Tennis Association since 1990 and is currently rated a 4.5 by USTA Team Tennis. He has been a member and a captain of USTA men's, combo and mixed doubles teams and most of these teams have advanced to the state tournament and won state titles since 2003.