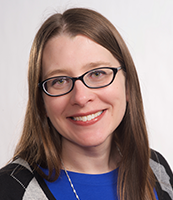 Dr. Martinsen has attended a variety of regional and national conferences where she has presented her work on Jane Austen, Late-Victorian Comic Illustrations, James Bond, and Buffy the Vampire Slayer. In her classes, Dr. Martinsen enjoys introducing students to a variety of traditional pieces of literature as well as more contemporary pop culture texts. Students have responded well to this approach as is evident in her successful course on the Harry Potter phenomenon, in her survey classes where students enthusiastically read Dracula and then watch an episode of Buffy the Vampire Slayer, and in her freshman introduction to literature courses where students relish the opportunity to first read a selection of Sherlock Holmes stories and then watch an episode from the BBC’s Sherlock. Dr. Martinsen looks forward to designing new classes about Women’s Literature, James Bond, Monsters and Monstrosity in 19th Century British Literature, and the League of Extraordinary Gentlemen to name just a few.