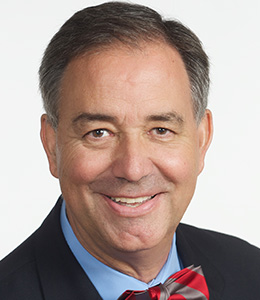 Prior to his work as a higher education fundraiser, Patterson was a college basketball coach for 18 years. He was an assistant coach at Colorado for five years and at Appalachian State for six years. He was the head basketball coach at Erskine College for seven years. The Boulder, Colo., native coached at Fairview HS in Boulder prior to joining the college ranks. He graduated from Ashford University with a degree in Organizational Management.

Patterson also has sports radio and television broadcasting experience. He hosted a sports radio show in Clemson from 1999-2003, and from 2003-2009 served as a co-host for the Clemson football radio network on the Tiger Tailgate Show and the 5th Quarter Show. He has continued to be a college basketball color analyst, and has done telecasts on Fox Sports South, Comcast Sports Southeast, ESPN Regional, ESPN3 and MASN.

Patterson currently serves as a board member of the Lakelands Fellowship of Christian Athletes (Greenwood, Abbeville, Laurens, and Anderson Counties), and is also on the Greenwood Rotary Club Board of Directors