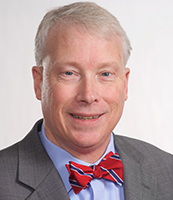 A native of the Atlanta area who has lived in Columbia since 1981, Dr. Power has served at Newberry College since January 2014. From 1986 to December 2013, he was a historian in the State Historic Preservation Office at the South Carolina Department of Archives and History, where he was co-coordinator of the National Register of Historic Places program and coordinator of the South Carolina Historical Marker Program. He also taught American history at the University of South Carolina and at Midlands Technical College.

Power is a past president of the South Carolina Historical Association and the recipient of the Alexander S. Salley Professional Service Award for Distinguished Lifetime Service from the Confederation of South Carolina Local Historical Societies. His book Lee’s Miserables: Life in the Army of Northern Virginia from the Wilderness to Appomattox (University of North Carolina Press, 1998) won Second Place in the 1999 Lincoln Prize from the Lincoln and Soldiers Institute, Gettysburg College, the 1998 Jefferson Davis Award from the Museum of the Confederacy, the 1998 Richard Barksdale Harwell Award from the Atlanta Civil War Round Table, and the 1999 Jerry Coffey Memorial Book Award from the Grady McWhiney Research Foundation. Power is also co-editor of The Leverett Letters: Correspondence of a South Carolina Family 1851-1868 (University of North Carolina Press, 2000); author of Stonewall Jackson: Hero of the Confederacy, a children’s biography (The Rosen Publishing Group’s PowerKids Press, 2006), a contributor to The South Carolina Encyclopedia (University of South Carolina Press, 2006), author of an online essay on Robert E. Lee and the Army of Northern Virginia for the “Essential Civil War Curriculum,” a Civil War Sesquicentennial Project of the Virginia Center for Civil War Studies at Virginia Tech (2012), and author of an online essay on the Army of Northern Virginia for “Times Topics,” an online project of The New York Times (2013). He has published and lectured extensively on the Civil War, and on South Carolina history from the American Revolution through the Civil Rights Movement.

In spring 2019, Power was elected by the South Carolina General Assembly to serve on the Old Exchange Building Commission, the nine-member board that oversees the preservation and operation of the historic Old Exchange and Provost Dungeon in Charleston.

He lives in Columbia with his wife, Carolyn Thompson Power, an academic advisor at Midlands Technical College, and their two dogs, Bentley and Scooter.