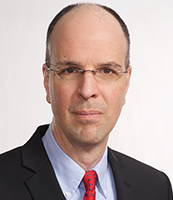 Chair of Humanities, Professor of English

David Rachels grew up in Birmingham, Alabama, before attending college at Emory University and graduate school at the University of Illinois.

Prior to his arrival at Newberry College, he was an English professor at the Virginia Military Institute for 17 years. Dr. Rachels joined the Newberry College faculty in the fall of 2013 as chair of the Department of Humanities. He teaches courses in writing and American literature with a special interest in crime fiction and literary psychopaths.

In his most recent book, Dr. Rachels edited the first-ever collection of short stories by 1950s crime writer Gil Brewer. This book, which is titled Redheads Die Quickly and Other Stories, was published by the University Press of Florida in 2012, and the fact that Dr. Rachels happens to be married to a woman with red hair is 100% a coincidence.