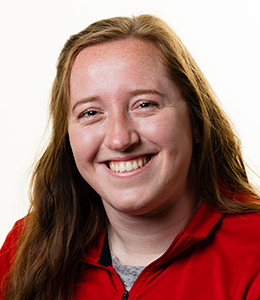 Roskopf was a four-year member of the women's rugby program at her alma mater, Quinnipiac University, where she helped lead Bobcats to three national championships while also serving as a captain during her senior season. She was also named the team's Offensive Player of the Year, also earning a nomination for the MA Sorenson award, an annual award given to the nation's top women's rugby player.

During her time at Quinnipiac, Roskopf displayed leadership across campus as she served on the Student Programming Board, was vice president of Quinnipiac After Dark, and served as the executive board communications specialist for the Student-Athlete Advisory Committee. She was named to the Dean's List every semester while also being named a scholar-athlete in her first three years.

Her rugby career extends beyond the Bobcats however as during high school she was a three-time NorCal Varsity All-Star and an All-American honorable mention competing with the Pleasanton Cavaliers Rugby Club. During her time with the Cavaliers, she also helped them to an NIT Division II National Championships, a SoCal 7s Championships, a Serevi Cup championship, and a Las Vegas Invitational Girls Elite championship.