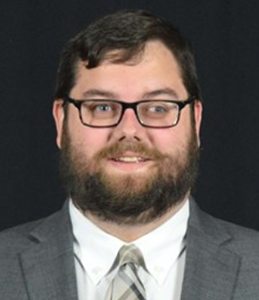 Department: Office of the Director of Athletics

Sanders started his career in the media relations department at Limestone as a public address announcer for soccer and swimming. He also provided live statistics and results for all Limestone swim meets. He then expanded his responsibilities to become the voice of in-game promotions at Saints basketball games.

Prior to Limestone, Sanders was an assistant, and later head coach, for the Hedingham Sharks swim team. While with the Sharks, he coached multiple city league champions and helped move the team up two divisions within the league. He was also an assistant coach for the New Wave Swim Team in Raleigh, North Carolina, for three years. During his tenure with the Wave, Sanders was in charge of teaching technique to swimmers of all ages, as well as programming the annual spring clinic.