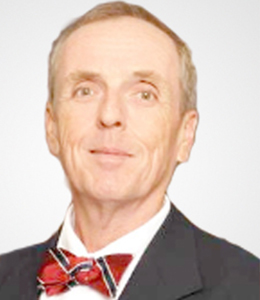 Dr. Scott studied Second Empire French History and specifically the operettas of Jacques Offenbach to earn his M.A. degree. At the University of South Carolina, he specialized in French Revolutionary/Napoleonic Studies and Nazi Germany and the Holocaust.

Since joining the Newberry College faculty in 1985, Dr. Scott has received a number of awards recognizing his contributions inside and outside of the classroom. He was the recipient of the 1989-1990 Sears-Roebuck Foundation Teaching Excellence and Campus Leadership Award, the 2003-2004 Newberry College SGA Professor of the Year, the 2006 Dr. Grady L. Cooper Award, the 2008 SCICU Excellence in Teaching Award, and most recently the 2010-2011 Mr. W.C. “Billy” Carter Professorship Award. Dr. Scott, a member of The Bachman Honor Society at Newberry College and the Founding Director of The Summerland Honors Program, has been dedicated to students and Newberry College through his service, scholarship and teaching.