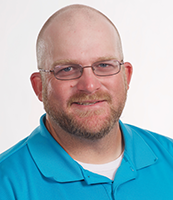 During Mitch Smith's tenure at Newberry, the Wolves have made steady improvement, including recording a program-record 14 conference wins during the 2017 season. Newberry also had a program-record three players named first team all-SAC and five players were honored overall.

Smith came to Newberry after serving as the head softball coach at Aiken Technical College from 2010-2013 following stints as the head coach at USC Salkehatchie and as an assistant at Louisburg College and USC Aiken.

At Aiken Tech, Smith led his squad to the 2012 Region X Conference Tournament championship in the teams’ first year of postseason eligibility. The 2012 Aiken Tech squad also made an appearance in the NJCAA National Tournament. In his time at Aiken Tech, Smith coached 12 all-region players, including the 2013 pitcher and player of the year.