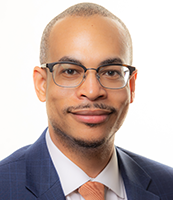 Dr. Wilder received his B.A. from the University of South Carolina in Political Science with a minor in Spanish, his M.Div. from the Interdenominational Theological Center, and his Ph.D. from Union Institute & University in Interdisciplinary Studies with a concentration in Ethical and Creative Leadership and a specialization in Martin Luther King, Jr. Studies. While at Union, he completed a certificate in Educational Leadership and has been a recipient of the institution’s Doctoral Scholarship Award for successful academic achievement and the Christine R. Day Scholarship Award for his devoted research to the field of ethics. His dissertation investigated the influence of seminary education on social activism by African American Baptist clergy in Greenville, SC. He is also a licensed and ordained minister in the National Baptist tradition, currently serving as Stated Supply Pastor of the historic Mattoon Presbyterian Church (PCUSA) in Greenville, SC.

Prior to joining the Newberry College faculty, he has taught courses in Ethics, Professional Development, Political Science, Philosophy, Leadership and Spirituality, World Religions, and African American Studies as an adjunct faculty for several colleges and universities.

In addition to his academic and pastoral responsibilities, Dr. Wilder is a writer and a speaker who contributes and speaks to numerous publications and audiences (locally, nationally, and globally) regarding the topics of spirituality, the role of the church in the public arena, social justice, the life and ministry of Dr. King and more. He serves as Co-Chair of the Foothills Presbytery’s Anti-Racism Ministry Team and holds memberships in the American Academy of Religion, the Black Doctoral Network, Inc., the International Leadership Association, the Association for the Study of African American Life and History and the Martin Luther King, Jr. College of Ministers and Laity Board of Preachers at Morehouse College.

Dr. Wilder is a husband to his wife, Kelli, and a father to their two sons, Douglass and Asher.