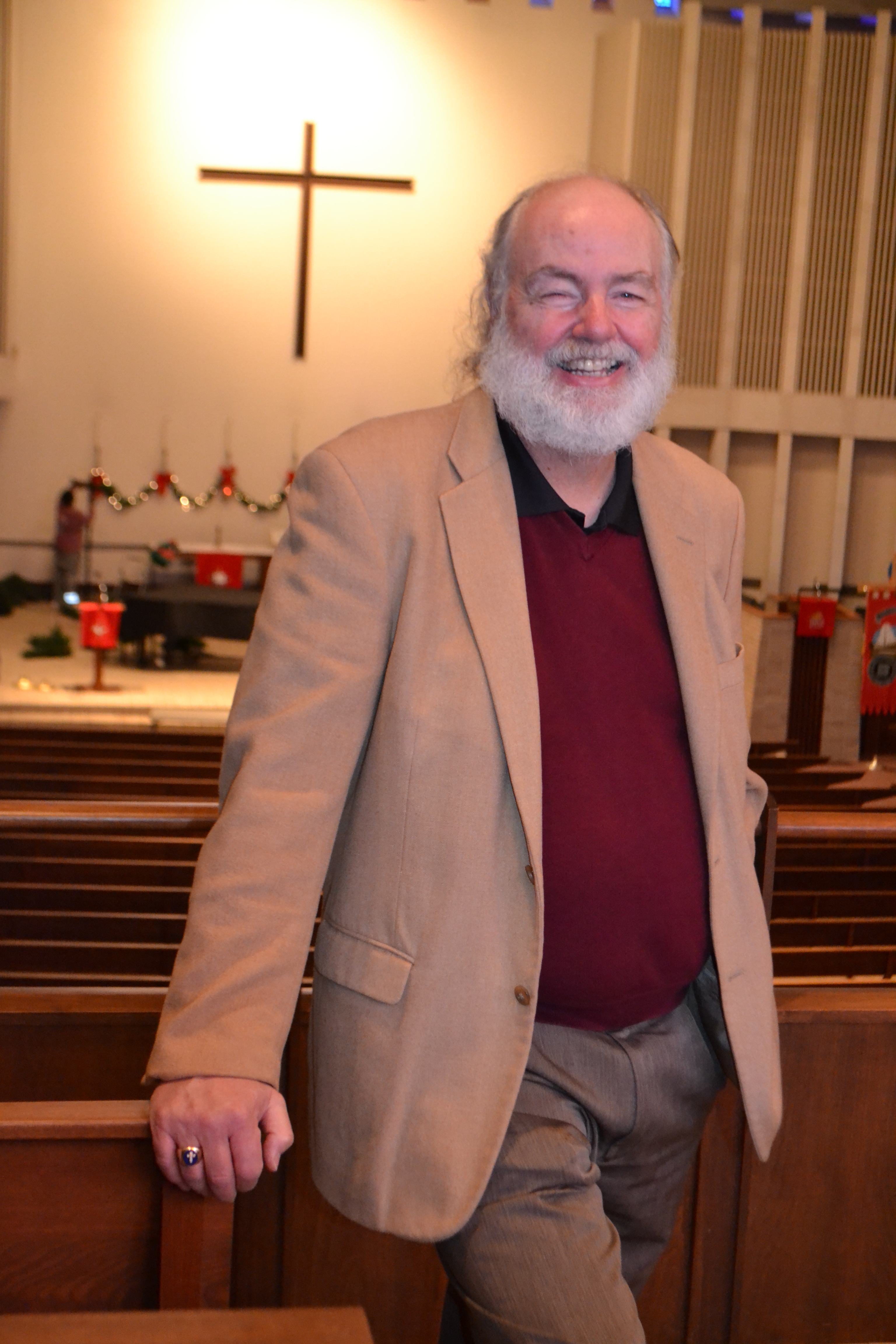 Newberry College Campus Pastor Ernie Worman has announced he will retire in December after 12 years in the role. In his dozen-year tenure, Pastor Ernie has been known, among other things, for his rocking chair ministry, his laid-back and accessible manner, and his distinctive red shoes. The two-time Navy veteran plans to return home to Louisville, Kentucky, for a well-deserved retirement with his fellow Navy veteran and beloved wife of 43 years, Annie, and their two daughters and three grandchildren.

Pastor Ernie sat down with the marketing and communications staff for an exclusive interview as he prepares to depart his longest post.

“How has the campus changed spiritually since you’ve been here?”

“This campus has always been a spiritual place, and ministry is done by many people on campus. I’ve just held the title [of campus pastor]. But the caring, not just for students, but for faculty and staff and coaches, has been done by dozens and dozens of people on campus, because we all are searching for our own personal journeys. Life is about how we interact with each other, build relationships with each other. The campus is so much greater than the sum of its academics.”

“Is there any one thing you will miss more than anything else?”

“I had been here about a year and [I was] in Walmart downtown, and a football player on one side of the store shouts my name and waves. And I said to my wife, ‘That’s why I’m here.’ Just before I came up the stairs to come here and talk to you guys, I was walking across campus, and two students are walking toward Smeltzer. They stopped and they looked at me and they shouted at me across the Quad. Just, ‘Hi, Pastor Ernie.’ And they came over and we had this delightful conversation. That’s my favorite. That’s why I’m here. … People don’t have to give you their time. And when they do, that’s pretty precious.”

“Do you have any retirement plans?”

“[Spending more time with family,] that’s No. 1. I’ve got to go to my grandkids’ field hockey and ice hockey. … I know there will be some time for me and my wife at the beach, because I miss the ocean, don’t see it enough. I’m gonna have to find somewhere to volunteer. I’ve got to do something. … I’m gonna take a baking class. There’s a restaurant a couple miles from my house, they’re only open breakfast and lunch, but they’re also a bakery, and they have classes on how to bake. I gonna take that, I’m gonna take some cooking classes, and my wife and I are gonna experiment in the kitchen.

“But I’ll miss this place a lot. I’m not leaving because I want to. It’s just time. … Everything’s got a beginning, a middle and an end. And it’s just time.”