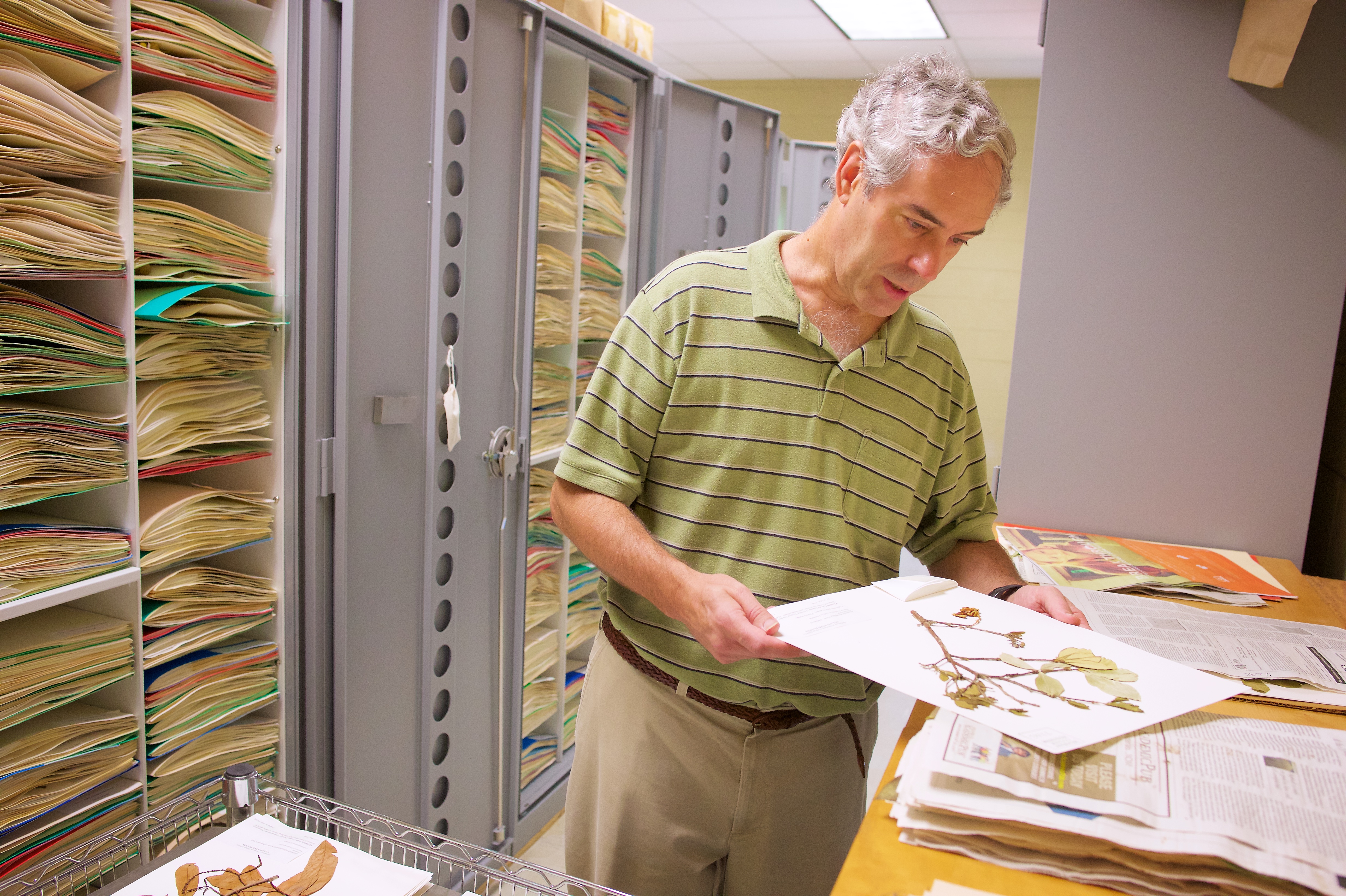 NEWBERRY — Dr. Charles Horn, professor of biology, has described two new species of aquatic plants native to North America, segregates of a group Horn elevated to species level over 30 years ago. His findings were recently published in the Journal of the Botanical Research Institute of Texas.

The first species, the Missouri roundleaf mud-plantain, has blue flowers and is found in the southern Great Plains — Kansas, Missouri and Nebraska. The second, the few-flowered roundleaf mud-plantain, has white flowers, is less common and found on the Atlantic coast from New Jersey to North Carolina. These plants grow in water or in wet soil, such as freshwater marshes and river margins.

The two were originally described as varieties of the bouquet mud-plantain, a species found in a wide geographic range from New Jersey to Texas, then in South America from Venezuela to northeastern Brazil and Argentina. Previously described as a variety of the kidneyleaf mud-plantain by German botanist August Grisebach in 1879, Horn officially defined the bouquet mud-plantain as its own species in 1986, the same year he joined the Newberry College faculty.

“As time has gone by, we’ve developed new techniques, new methods, new insights, and of course, more field trips,” Horn said. “In the last three or four years, I’ve been collaborating with a variety of other folks, including some botanists in Brazil. And we’ve developed sort of a new take on what is a species. And so, the result was that we have now officially described two new species of the group referred to by the common name, mud-plantain.” 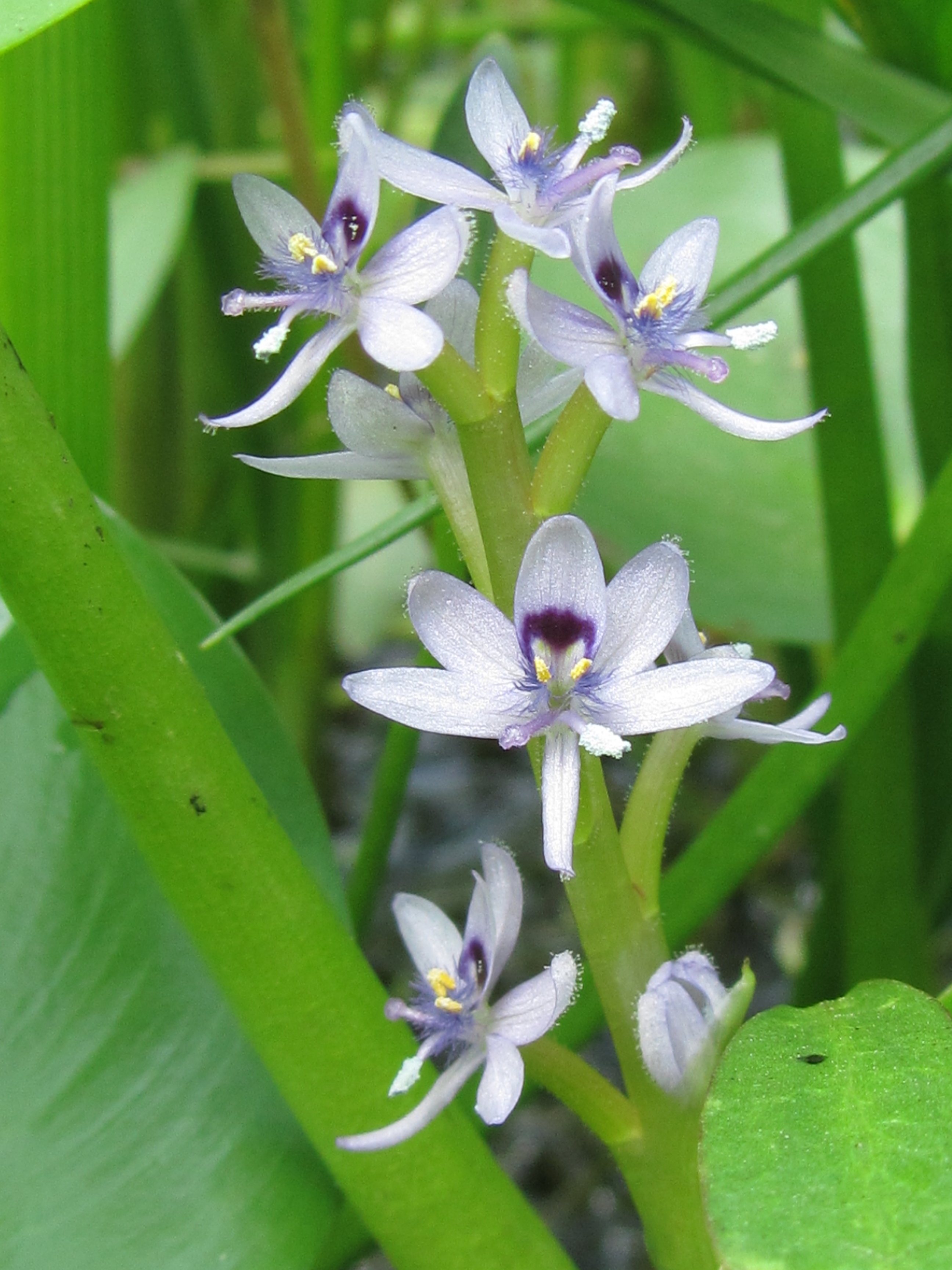 Despite being native to the southern Great Plains, Horn added that a small population of the Missouri roundleaf mud-plantain can be found in the Raleigh, North Carolina, area, likely transported east. “Someone could have had it in a boat, a bird could have eaten the seed and flown, it could be a variety of different things, or the plants could have been there all along and nobody ever noticed them.

Horn said these discoveries have been part of an on-and-off project for the last 30 years. “When I did my dissertation back in the 1980s, I said, these things look a little different, but I don’t have enough material to feel confident that they are different,” he said. “And so I put it on the proverbial back-burner, and then as I went out and did some more field trips and gathered more information, I was able to reach the conclusion and work out the details, and that’s what I’ve been doing for about the last year-and-a-half.” 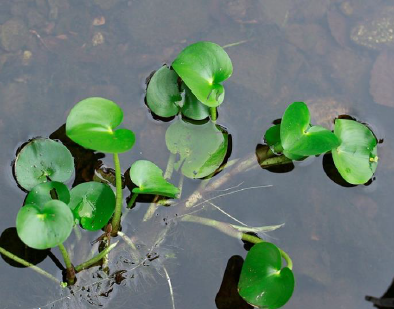 The botanist, ecologist and educator related the process of defining a species to his work in the classroom. “In my classes I talk about what is a species and point out different ways of looking at things, and so the idea is you have to come up with a valid argument and present your perspective on things and gather facts, and from those facts you come up with your conclusion.

“As knowledge moves forward, instead of having everything figured out, we now have more questions, so that’s the fun, that’s the challenge as we look at education, and in my case, at the biology of plants.”

Horn’s ongoing research includes the presence and distribution of native and rare species of azaleas of the southern Appalachians. Since 2000, he has focused on the rare May-white azalea, first described as a species in 1999. The flower is found only in South Carolina, with 65 populations in 13 counties, mostly found in the Broad/Congaree Watershed within Laurens, Newberry and Union counties. 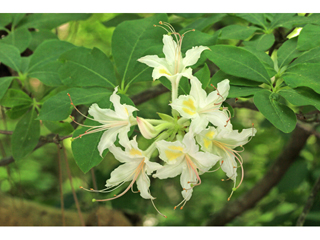 In 1986, Horn established the Newberry College Herbarium, a collection of over 25,000 dried and documented plant specimens from the piedmont regions of South Carolina, North Carolina and Virginia, along with collections from the Bahamas, Belize, Dominica, and Guyana. Existing specimens from the Newberry College Herbarium assisted in determining where the May-white azalea could be found. He has since returned to his research to determine how this species has changed over the last decade.

“You never know what you’re going to find as you’re out there walking around, and it’s always a puzzle,” he said.

Horn said several students have enjoyed the opportunity to assist in his azalea research over the past three summers, with financial assistance from a program of the U.S. Forest Service.

“I’ve had students who are excited about getting out in the field, walking through the woods, and possibly getting a little dirty, all in the name of science.”

Horn spoke to the implications his research has on the field and on the subject he has passionately taught for over three decades.

“In the field of plant biology, one of the questions that always comes up is, ‘How many species are on planet Earth? Have we documented all those species?’ And a lot of people feel that, ‘these botanists have been working in North America for 300 years, we’ve gotten every species identified and observed and we have them clearly understood.’ The answer is no.

“The bottom line is, this is an ongoing process as we discover new things, go to new places, we have to always reevaluate, ‘how does this fit in with what we already know?’”