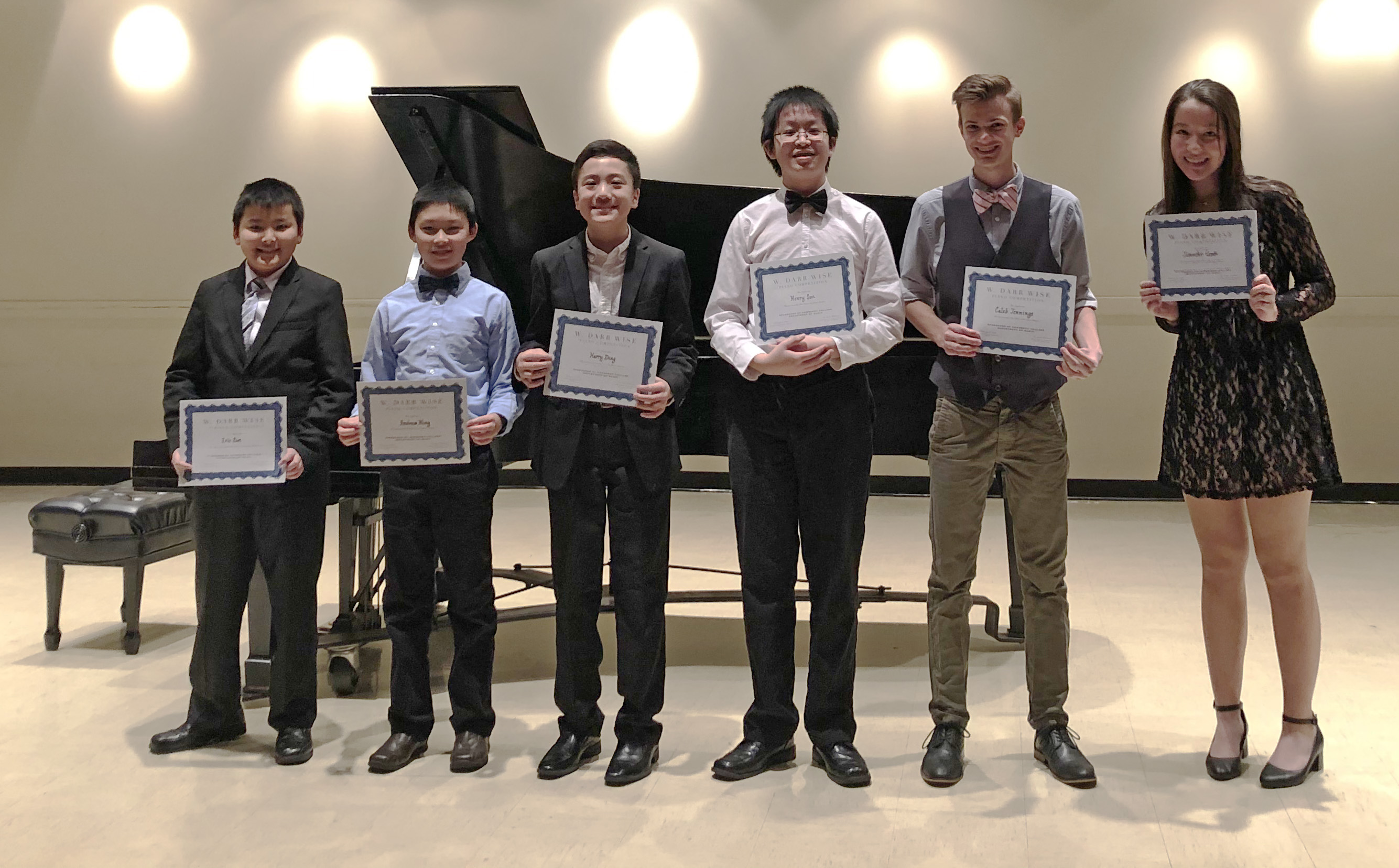 Jennifer Centa, a high school sophomore from Simpsonville, took first prize in the senior division, which comprises grades nine through 12. In addition to a monetary prize, Centa will receive a $5,000 music scholarship should she choose to attend Newberry after graduation.

Centa and Sun are both students of Greenville-based teacher Lisa Kiser, a member of the piano faculty at Anderson University.

Taking the respective second and third prizes in the senior division were senior John Wang, of Central, a student of Clemson University’s Dr. Linda Li-Bleuel; and sophomore Caleb Jennings, of Newberry, a student of Newberry College accompanist and organist Alice Ramirez.

The competition was officiated by Dr. Sarah Masterson, associate professor of music at Newberry College, and Huger Caughman, class of 2000, organist at Newberry’s Lutheran Church of the Redeemer.

The event was named for longtime college organist and professor W. Darr Wise, who served as a member of the Newberry College faculty from 1956 until his retirement in 1998.

“Darr Wise has long represented musical excellence, professionalism, and superb teaching," said Dr. Chris Sheppard, chair of the Department of Music. "All the while delivering those things with a kind smile.”