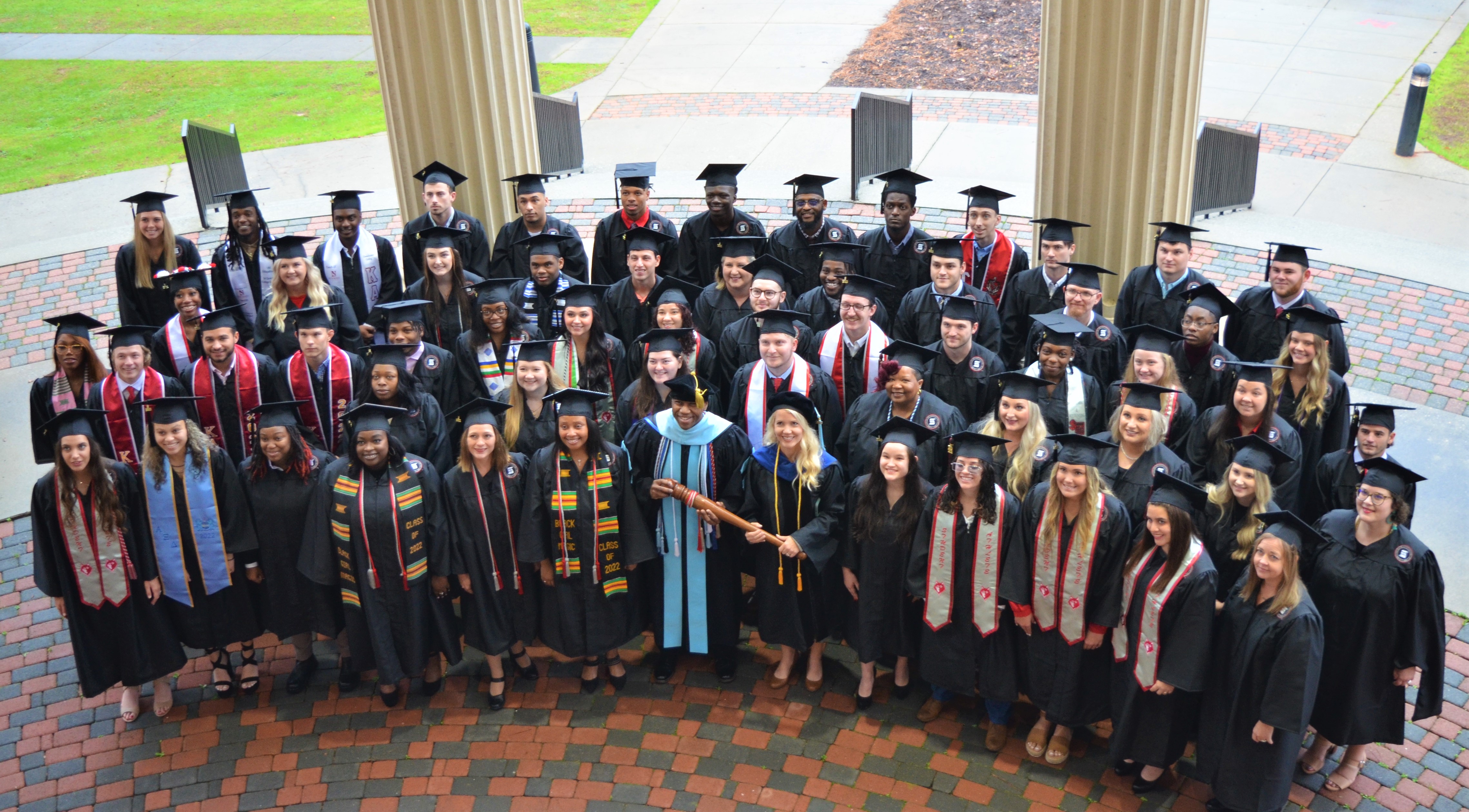 NEWBERRY — On a festive stage flanked by poinsettias and Chrismon trees, Newberry College honored 77 graduates Friday in its fall commencement exercises. The ceremony was held at 10 a.m. in Wiles Chapel. Click here to view the commencement program and full list of graduates.

Two alumni, Megan Horton '06 and Caroline Addison '20, earned master’s degrees in organizational development and leadership. The two were the sixth and seventh to complete Newberry’s graduate program after its inaugural cohort graduated in August.

In the spring, the Student Government Association named Dr. Jerry Alewine, interim dean of nursing and health sciences and professor of respiratory therapy, as Professor of the Year. As is tradition, the faculty honoree delivered the commencement address. At right, Alewine speaks from the lectern, joined by hearing interpreter Morgan Hall.

“The challenges of our lives are moments of our greatest growth,” said Alewine. “Meeting adversity prepared with a healthy dose of fear and determined heart are the ingredients of a successful outcome.”

The ceremony also honored Dr. Christina McCartha with the title, professor emerita of chemistry. She served Newberry College from 2002 until her retirement this summer. She joined the faculty as an adjunct professor and became full-time in 2003. She was instrumental in creating the forensic chemistry concentration in 2005, as well as earning over $2.2 million in grants for STEM and other college programs. She left the classroom in 2020 to serve as foundations and grants officer. At left, McCartha (seated) is joined by Dr. Peter Foster, Dr. Steve Lambert, Dr. Sid Parrish, Dr. Charles Horn, Dr. Valarie Burnett and Dr. Lindsy Boateng.