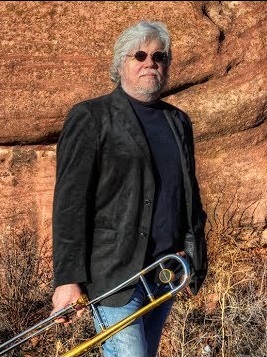 A record 273 students from 53 middle and high school jazz ensembles will perform for judges’ assessments throughout the day, divided by midday performances by the Newberry College Jazz Big Band and two all-state jazz bands. Click here to view the day's complete schedule.

“I’m so happy that Newberry College can continue to provide this opportunity for students in middle and high school jazz bands to perform, receive critiques and hear other groups,” said Dr. Jerry Gatch, director of bands. “The members of the all-state jazz bands have a chance to work with, and learn from, some of the greatest jazz educators in the field.”

The Newberry College group, under Gatch’s direction, will perform with world-renowned trombonist Steve Wiest. Wiest played and wrote arrangements for Maynard Ferguson’s big band in the early 1980s and directed the University of North Texas One O’Clock Lab Band from 2008-2014.

“Steve Wiest is going to blow everyone away with our group,” said Gatch.

The all-state bands, made up of high school students who competitively auditioned for their seats, will rehearse and perform under guest clinicians Dr. Phil Thompson and Jim Warrick, respectively. Thompson is a professor emeritus of music and former jazz director at Winthrop University. Warrick is a jazz educator with experience at middle, high and collegiate levels, including a 27-year stint at New Trier High School in Winnetka, Illinois.

Judge-rated performances will occur throughout the day in the Alumni Music Center and in Wiles Chapel, with the all-state bands performing in Wiles Chapel at 11:30 a.m. and 12:15 p.m., respectively. The Newberry College Jazz Big Band will follow at 1 p.m.

The festival and concerts are free and open to the public.

The Newberry College Jazz Festival is one of the longest-running in the nation, having begun in 1958. The festival has been held in conjunction with the association’s event since 1998.