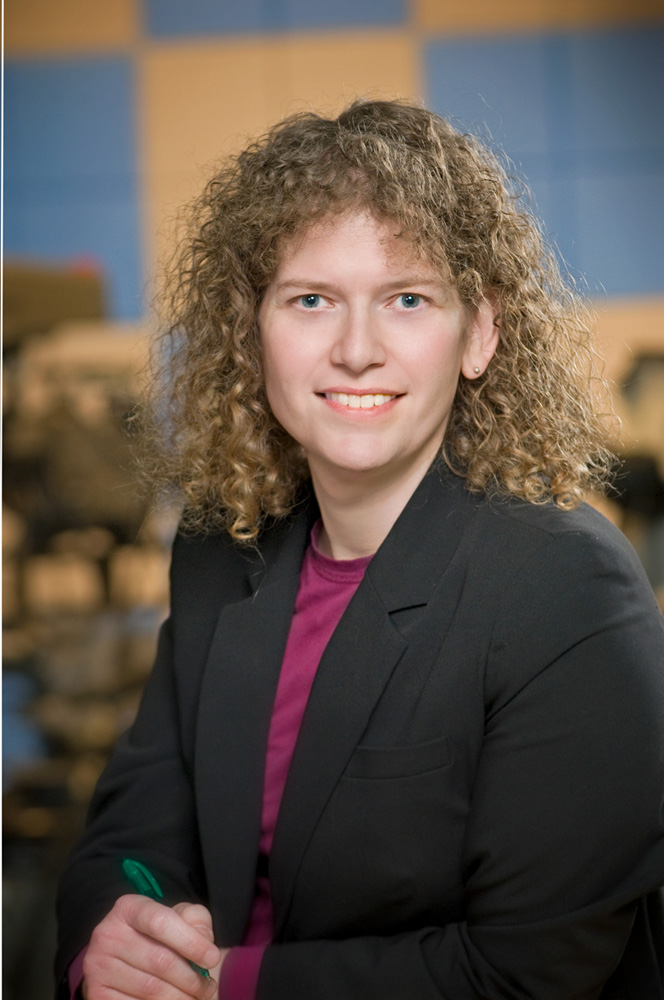 NEWBERRY — Dr. Jodie Peeler, professor of communications at Newberry College, has published a compilation of “Touring Greenwood County” motor tours written over a century ago.

The 26 articles were originally published by the Greenwood Index, the forerunner of the present-day Index-Journal, between 1911 and 1913. In addition to chronicling historical events, the series was designed to better connect the communities of the rural county at the dawn of the automobile.

“Two writers and a photographer from the Index drove around Greenwood County in a Ford automobile furnished to them by a local dealer,” said Peeler, a Greenwood native. “It's an interesting look at what the county was like a century ago.

“The tours ran more or less weekly through November 1911, and then abruptly ended. Three more installments were published in mid-1913. Although they were sometimes referenced throughout the years, and although local historians have known about the series, to our knowledge they have never been reprinted until now.” 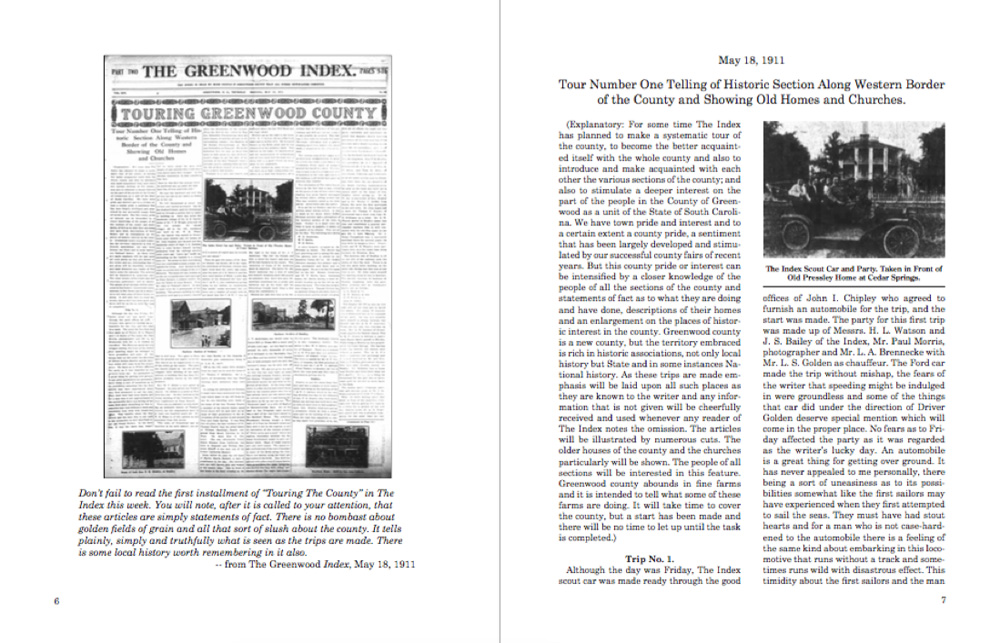 “The tours are written in an interesting, rambling, sometimes free-associative style. You not only get a lot of history of the places they visit, but you get details of what the journey was like, and comparisons to these men in this Ford automobile feeling like the first sailors to explore the seas,” said Peeler.

The former newspaper reporter said she and her partner for the project, Ralph Scurry, of the Old Edgefield District Genealogical Society, included as many of the original photographs as were salvageable from the microfilmed pages. The articles were manually typeset for easy reading, and a section in the back features modern-day photos of some of the historical places covered in the series.

Having been originally published in the South in the 1910s, the articles are culturally dated. However, Peeler said, learning from history involves preserving period publications and adding context where necessary.

“We presented the articles as they ran. Sometimes that was painful. There is language in some of the articles that reflect attitudes of that era, especially on race. It's truly awful stuff to read in some places, but our mission was to preserve what was written back then, warts and all, for future historians.

As a historian I know there's no substitute for primary sources, as they ran, because they provide insight into an era. In a couple of cases I provided additional information in a footnote or a sidebar, as a means of adding context and knocking down disproven myths.”

Peeler said this project began earlier this year after meeting Scurry at a gathering of the Old Edgefield District Genealogical Society.

“Somehow we got around to the ‘Touring Greenwood County’ series, and he mentioned that he wanted to see it available again, because it's such a great time capsule of Greenwood County and had so many great stories in it. I knew about the series, and it turned out it was available through the Newspapers.com database, so I volunteered to see what I could do.”

“Richard Whiting, the executive editor of the Index-Journal, was happy to learn about the project and has been very supportive of what we are doing,” Peeler added.

The softcover book, printed locally, is available at Greenwood County bookstores, and those interested can also contact Peeler directly at Jodie.Peeler@newberry.edu.

Peeler, a member of the Newberry College faculty since 2001, is also the author of "Ben Robertson: South Carolina Journalist and Author,” published in 2019 by the University of South Carolina Press. Peeler is currently working on another book covering the life of Dave Garroway, the original host of NBC’s “Today” from 1952 to 1961.