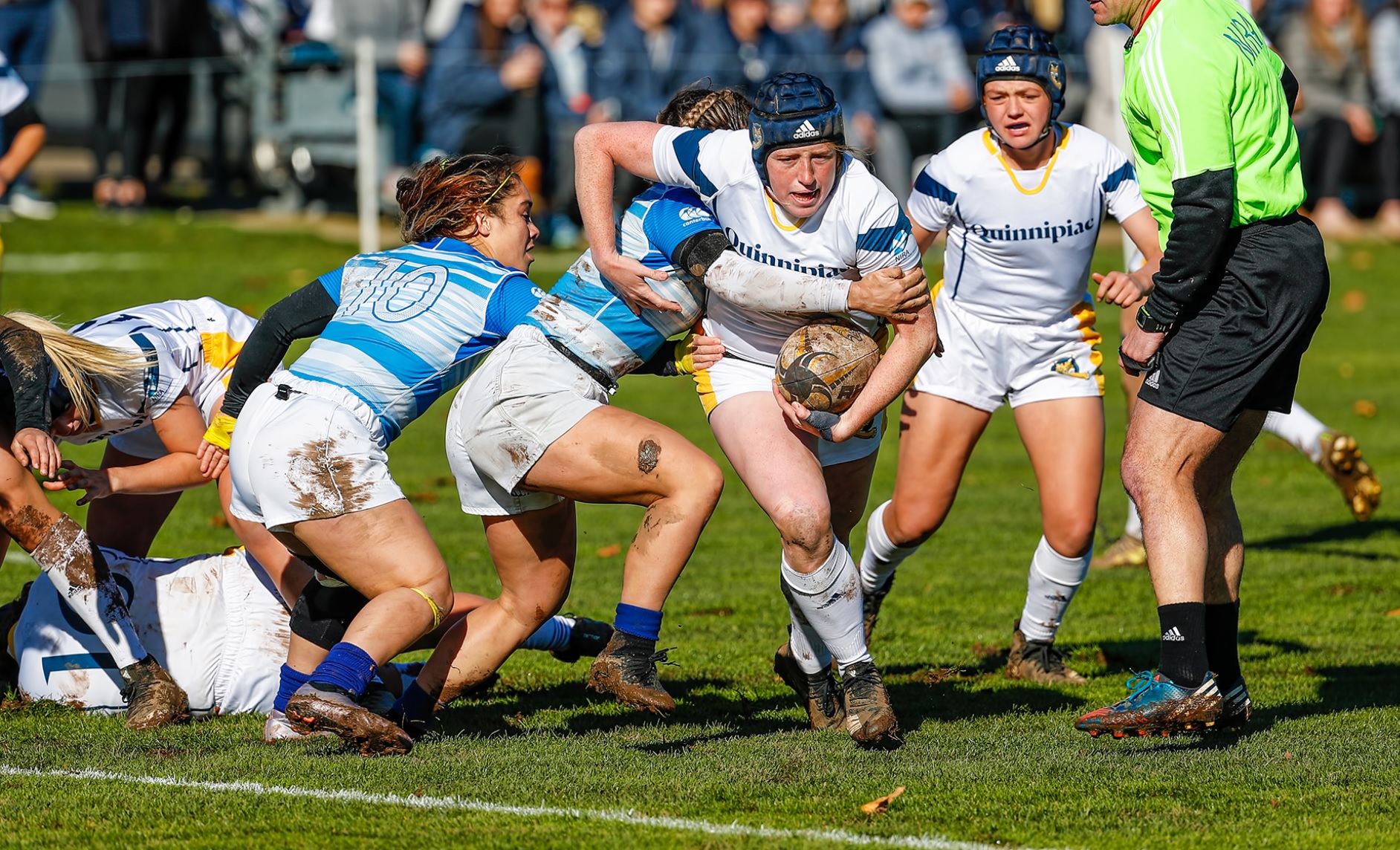 NEWBERRY — Approaching the first season of competition this fall for the Newberry College women's rugby squad, we took a moment to sit down with head coach Emily Roskopf to discuss how she first got into rugby, what she's looking for in student-athletes to come to Newberry and what will set the Newberry rugby team apart from the other teams in the region and at the NCAA level. This is the beginning of a series in which we will put the spotlight on the coaches that make the Newberry College athletics department what it is.

When it comes to what initially got her involved in rugby, Roskopf turns her attention to her father. "Basically, I played every sport under the sun," she said.  "My dad started to look around for different sports and camps that fit my talent and abilities; he found rugby and crew."  While she enjoyed the crew camp and was successful, it was her trip to the rugby camp during her high school years that spurred her into the sport.

"I was told that I could run through people, and that's when I knew the sport was for me," she added. That camp where she found her love for the sport of rugby in just her sophomore year of high school. That parlayed into a spot on the team at Quinnipiac University where she found herself surrounded by members of the squad that featured several players with no rugby experience, instead finding their footing in the sport at the college level.  "We had people with backgrounds in basketball, soccer, football, volleyball and wrestling.  There were a few that had maybe a year or a couple in rugby."

That mix of backgrounds was what Roskopf attributed the success of the QU program as they believed that their athleticism would help them in the long run. "We knew we weren't going to be the most rugby talented team, but we were going to be the hardest working team," she noted.  "We knew that our fitness would allow us to outwork other teams on the field and carry our skills into the second half where others would lose theirs."

This is the philosophy that Roskopf is looking to instill her program in the early goings as it was proven successful as not only did the QU program win a trio of national championships while Roskopf was on the squad.  She was also successful individually as she was named a team captain during her senior campaign, was named the team's offensive MVP and was nominated for the MA Sorenson Award, an annual honor given to the nation's top rugby player. "It may be cliché, but we operated on the old saying of hard work beat's talent when talent doesn't work hard."

Roskopf uniquely understands the challenges ahead of her in the first few years as she introduces a new sport to not only the school and local community but helps to continue expanding its footprint in the region. But, as proven at Quinnipiac, the right student-athletes joining the team and working hard through the start of the program just set up the team to be successful in the early stages and throughout the future.

"We had to work through adversity at the national championships every year after our first championship. They would always seed us second despite being the defending champions and so we were always playing with a chip on our shoulder which just made us work harder." That chip on the shoulder is something that new Newberry rugby players will carry as well as they look to prove themselves on the national stage.

Recruiting is currently ongoing for the first class of Newberry rugby players and Roskopf says that her experiences as a student-athlete will be one of the major things that sets the Wolves apart from the other NCAA programs in the country. "I'm one of the few coaches at the NCAA level that actually went through the NCAA recruiting process and competed on that level," she added. "I know exactly what these kids will go through daily and the experiences they will have. Also, these first players will be able to set the traditions and culture of the program for future Wolves to take part in and join in the future."

The Newberry College rugby team opens its first season in the fall of 2022 with a six game slate that will announced in the coming weeks.

This story, here under a different headline, originally appeared on NewberryWolves.com on May 28, 2022.