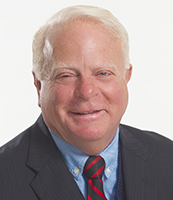 Department: Office of the President

Before assuming the presidency of Newberry College, Dr. Scherrens served as senior vice president and chief operating officer at George Mason University, where he also taught ethics and graduate finance. In 2009, he was selected CFO of the Year for large, nonprofit organizations by Virginia Business magazine.

Under Dr. Scherrens' leadership, Newberry College has entered a golden age of growth. Since he took office in 2012, the student body has grown steadily. Newberry has added 13 undergraduate degree programs, including South Carolina's only bachelor's-level program in respiratory therapy. In 2021, the College transitioned to a new level of accreditation as it unveiled its first new graduate program — the Master of Science in Organizational Development and Leadership.

Dr. Scherrens has led the most comprehensive capital transformation of the campus in its 260+ year history, in large part through the Scaling the Summit campaign. Noted additions include transforming the abandoned Speers Street Elementary School into the Center for Teacher Education; Building the Melvin & Dollie Younts Athletic Performance Center; Erecting the campus’ eighth residence, Pearson Hall, and breaking ground on the ninth; Opening a new campus bookstore; Partnering with the City of Newberry on the Oakland Tennis Center; and much more. In addition to the ninth residence hall, the College has also broken ground on a new Nursing & Health Science Center at the corner of College and Evans streets, and on the second of three phases of renovations to the athletic stadium.

Dr. Scherrens has led the strengthening of Wolves Athletics, and today Newberry enjoys a program that is more competitive and better-equipped than ever before. Since he took office, the College has added field hockey, men’s and women's track and field, men’s lacrosse, women's triathlon and women’s rugby.

Newberry College has emerged as a leader among Southern colleges. When Dr. Scherrens took office, Newberry was ranked No. 34 in the region by U.S. News & World Report. Today, Newberry stands at No. 11 overall, No. 4 for best value, No. 7 for social mobility, and is recognized for our diverse student body. Additionally, Newberry College graduates accumulate the least student loan debt per borrower, out of all higher education institutions in South Carolina, according to LendEDU.

He and his wife, Dr. Sandy Scherrens, have four children.