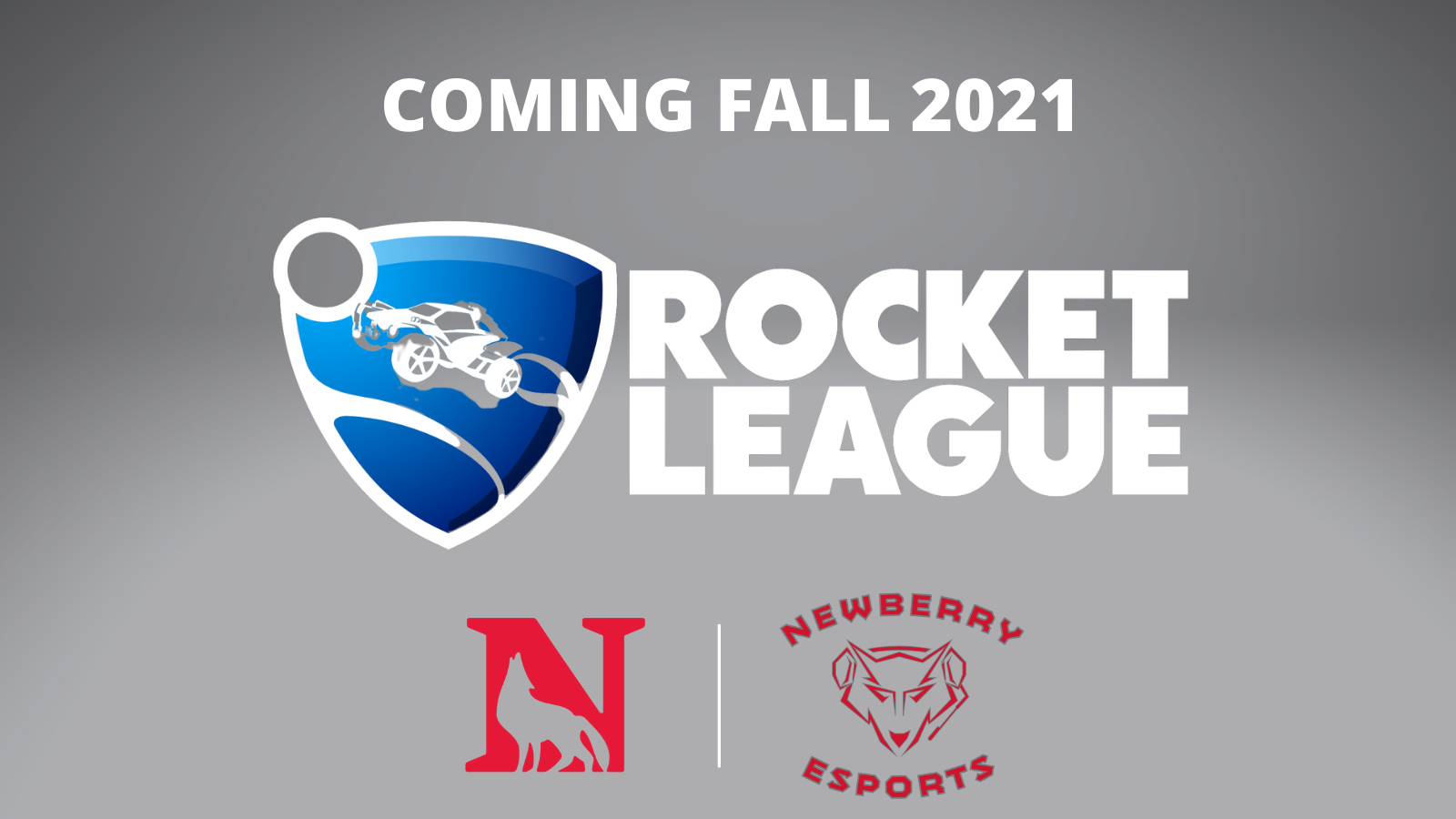 Created by Psyonix, the game can be played by two teams of up to eight players across gaming platforms, including Xbox, PlayStation and PC. Matches are typically five minutes long, with “sudden death” overtime if the score is tied when time runs out.

“Rocket League is among the fastest-growing esports for its simplicity in objective and the fact that soccer is a globally popular sport,” said Terrence Knock, head coach and coordinator of esports. “We look forward to welcoming our first ‘RL’ recruits to campus and participating in tournaments.”

The addition comes after a stellar year for Newberry College esports, which included its first-ever national trophy, roster expansions and a founding membership in the New England Collegiate Conference. “Rocket League” joins the Wolves’ four other competitive titles — “Fortnite,” “League of Legends,” “Madden” and “Overwatch.”

The gaming program, founded at Newberry College in 2019, offers structured training, strategy and skill building, competitions and scholarships for participants. The Wolves are also supported by the National Association of Collegiate Esports.

Knock, who built the Newberry College and U.S. Air Force Academy esports programs from the ground up, is stepping down to devote his energy to his Air Force career. A nationwide search is currently underway for a new esports coach.

Learn more about the program here.